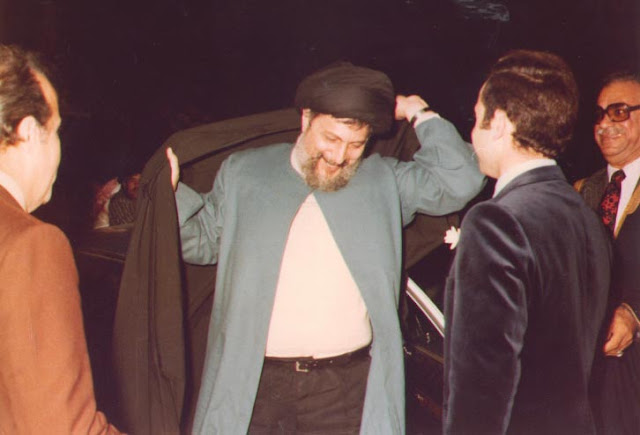 Could the end of Muammar Gaddafi's rule help solve the mystery surrounding the fate of a missing Lebanese imam?
Al Jazeera World -  24 Jul 2012 13:40

The downfall of Libyan leader Colonel Muammar Gaddafi last year was greeted with great hopes for the rebirth of a nation.

But there was another hope felt by many inside and outside of the country - that the end of his 42-year rule would allow some light to be shed on the fate of a charismatic Lebanese cleric.

Imam Musa al-Sadr, the leader of Lebanon's Shia Muslims, disappeared, along with two companions, in the summer of 1978 during a visit to Libya to meet Gaddafi.

Hand-painted portraits of Imam Musa al-Sadr can still be seen on the streets of Lebanon, 34 years after he disappeared
As in the Shia myth of the 'hidden imam', this modern-day cleric left his followers upholding his legacy and awaiting his return.

The enigmatic cleric's popularity had transcended religions. Calling for social justice and development, in 1974 al-Sadr founded the Movement of the Deprived - aiming to unite people across communal lines.

Archbishop Youssef Mounes of Lebanon's Catholic Information Centre remembers a sermon al-Sadr delivered in a church, in which he warned of an imminent sectarian war.

"It was a surreal scene," Mounes says. "Seeing the turban of a Muslim imam under the cross in a Christian church. He delivered a sermon at a very significant time."

Raed Sharaf al-Din, al-Sadr's nephew, recalls how his uncle believed that Lebanon's sectarian nature could cut both ways: "Imam al-Sadr used to say that sects are a blessing, but sectarianism is a curse. It's a blessing to have this diversity of sects in Lebanon. But when there is strife among them, sectarianism is the worst thing for a country."

When civil war erupted in Lebanon in 1975, al-Sadr led anti-war protests. And as the war intensified, so too did al-Sadr's efforts to end it. As part of this, he toured the Arab world to plead the case for south Lebanon.

In 1978, this took him to Libya where he was due to meet Gaddafi.

He was never seen again. 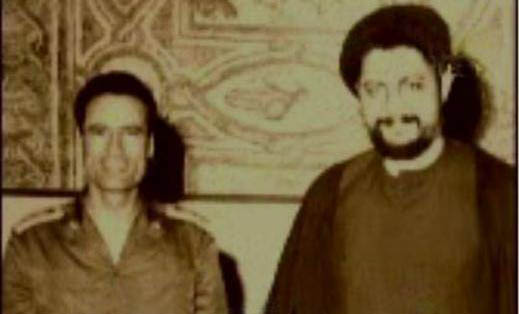 In the years since, conflicting stories have emerged about what happened to al-Sadr and his two companions. Now hopes have been raised that new evidence and witnesses will emerge to help solve the mystery of the missing imam.
Discovering the vanished imam
By Giles Trendle
In January 1990, I travelled to south Lebanon to report on the ongoing fighting between Lebanon's two main Shia Muslim militias, Amal and Hezbollah.

The road to south Lebanon led through the notorious Ouzai district of Beirut, skirting the city's southern suburbs where Hezbollah held sway and where a number of Western hostages were believed to be being held captive.

Large, hand-painted portraits of two clerics hung from rusting electricity poles all along the stretch of road.
One showed the brooding scowl of then Iranian leader Ayatollah Ruhollah Khomeini. The other portrait was of a man with an altogether different demeanour - softer, more enigmatic.
The picture captivated me. I knew this to be Imam Musa al-Sadr, but I knew little about the man.
By the time I drove past the two portraits of the Shia clerics, al-Sadr had been missing for 12 years.

The charismatic imam became the leader of Lebanon's Shia Muslim community, but his popularity transcended religions
His portrait had captivated me then. How much more so did he enthrall his own people, and many others in Lebanon, when he was alive.

Musa al-Sadr was born in Iran in 1928 to a prominent Lebanese family. He moved to Lebanon in 1959 after undertaking religious studies in the eminent seminary of Najaf in Iraq. 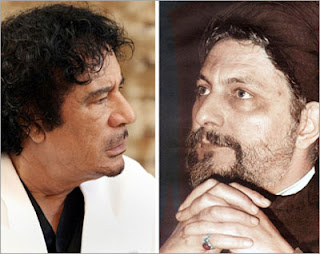 Al-Sadr found the Shia in Lebanon resigned to poverty and political exclusion. They were lorded over by feudal masters from within their own community and by the more urbane political classes from Lebanon's other sects.

The 1943 Lebanese National Pact had largely kept the Shia on the political sidelines. The unwritten agreement granted them the 'speaker' of the parliament, a third-place position behind the more powerful Sunni Muslim prime minister and the Maronite Christian president.

Al-Sadr clearly had a way of attracting attention and inspiring people. Six-foot tall, striking and charismatic, he spoke of reform, greater justice and empowerment for the masses. Within 10 years he was appointed as the first head of the Higher Islamic Shia Council - effectively becoming the leader of Lebanon's Shia community.

When civil war erupted in Lebanon in 1975, al-Sadr held sit-ins and fasts to protest against the violence. He campaigned for inter-communal harmony and tolerance.

One famous story has him being invited to speak in a church. The Christian worshippers packed the aisles of the church to hear the cleric deliver a sermon on the blessing of diversity and the dangers of sectarianism.

A turbaned Muslim cleric speaking beneath the Christian cross - this was the self-assured and ground-breaking act of an innovator, someone ready to cross the sectarian fault lines in a country with deep and primordial confessional tendencies.

Many lauded the cleric for his stand against violence and prejudice. In his book The Vanished Imam, writer Fouad Ajami drew comparisons to Mahatma Gandhi. Others have made comparisons to Martin Luther King.

But al-Sadr was a man of many dimensions, in a region of countless nuances. Caught up in an environment of endemic violence, he understood the necessity for self-defence and he established a militia called Amal.

So who would have wanted him dead?

In the film, some well-placed Libyans say al-Sadr was killed after an acrimonious quarrel with Gaddafi on a point of religion. The cleric's own family members hint at a darker international conspiracy.

The context at the time of al-Sadr's disappearance is revealing. In the summer of 1978, Iran was heading towards a climax. Al-Sadr was in cahoots with opponents of the pro-American (and pro-Israeli) Shah of Iran.

As it was, the Shah fled his country in January 1979 and the Iranian revolution culminated a few weeks later with the return of Ayatollah Khomeini from exile. Al-Sadr had disappeared five months earlier.

The revolution in Iran amounted to a Shia awakening. And with this backdrop, supporters saw in the case of the missing cleric a more potent symbolism dovetailing neatly with the Shia belief in the disappearance of the 12th imam in the 10th century.

The awakening found devotees in Lebanon. Backed by the new Shia theocracy in Iran, and forged from the fury of Israel’s 1982 invasion of Lebanon, a new movement of Shia militants emerged, calling themselves Hezbollah. A year later they came to world attention when suicide bombers struck the US embassy in Beirut and then the barracks of the US and French 'peacekeeping' forces in the Lebanese capital.

Giles Trendle with an Amal fighter in Kfar Hitti in 1990
Two years later, in 1985, I arrived in Lebanon for the first time.
The country had by then become a synonym for anarchy and carnage. Moving around those parts of Beirut controlled by Hezbollah was inadvisable for a Westerner such as myself.

But five years on, I was heading to south Lebanon, through Hezbollah neighbourhoods, past the portraits of the clerics on the road through Ouzai and on to the village of Kfar Hitti, some 15km inland from the coastal town of Sidon.

Inter-Shia fighting had been raging in the area. In Kfar Hitti, Amal militiamen stood behind sandbagged positions looking across the rocky terrain towards the neighbouring village of Kfar Melki where Hezbollah fighters were emplaced.

The Shia had turned their guns against themselves. Hardly the sort of legacy al-Sadr would have wished.

Today, more than 20 years on, Amal and Hezbollah have buried the hatchet. They are now more politically aligned. Both groups have allied themselves closely to Bashar al-Assad's Syria. Something of an irony: the heirs of al-Sadr, himself a victim of one long-serving Arab autocrat, rallying to the side of another.

Back in the 1970s, al-Sadr spoke of the dangers of sectarianism. He had sought ways to reach across religious divides.

With the dark clouds of increasing sectarian violence on the horizon in Syria, and possibly Lebanon, those with such a message of inter-communal compassion will be sorely needed in the region.

The views expressed in this article are the author's own and do not necessarily reflect Al Jazeera's editorial policy.