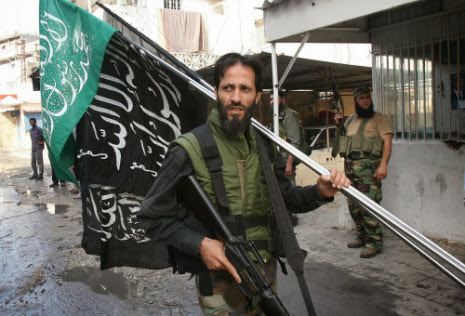 The Salafist and Wahhabist strains of radical Islam and their differences are worth understanding, as both ideologies have become more influential in the Middle East and North Africa since the Arab Spring revolutions.

“Jihadi Salafism” or the “Takfiri” groups derive from Salafism and Wahhabism, especially from the Al-Qaeda organization and its branches. Since September 11, 2001 some Wahhabis and Salafists have merged with radical Islamists to create “Jihadi Salafism.”

Islamism and especially the Muslim Brotherhood have influenced some Wahhabis, such as Osama Bin Laden, and in return some Islamists have been influenced by Wahhabism as a combination of what some call “Jihadi Salafists” while their enemies describe them as “Takfiri JIhadis.”

Salafism derives from the Arabic word Salafiyya, which originated from the term al-salaf al-salih, which means “the pious predecessors.” This is a reference to the generations of Muslims who lived around the time of the Prophet Mohammed in the seventh century. These followers include the “Companions,” known as Sahabah, the “Followers,” known as Tabi’un and the “Followers of the Followers,” called Tabi’ al-Tabi’in.

Some believe that Salafism is an extension of the School of Ahl al-Hadeeth that is said to have emerged under the leadership of Ahmad Ibn Hanbal in 855 A.D. It runs contrary to the Mu’tazila school, which is based on the pursuit of reason and rational thought. Ibn Hanbal was one of four Sunni imams who founded a jurisprudence school, known as a madhab, while Mu’tazila was founded by Wasil Ibn ‘Ata almost 100 years earlier.

The Mu’tazilis, inspired by Greek philosophy and other foreign philosophies and theologies, asserted the perfect unity, justice and eternal nature of Allah. Ibn Hanbal, on the other hand, was more traditional in his view of the sacred text. He insisted that Islamic knowledge must have derived from the Qu’ran and the Sunnah, the traditions of Prophet, not from reason and humans’ own interpretation of the religious texts.

As a result, Salafis reject speculative theology that involves debate, known as kalam, considering it a foreign import from Greek philosophy that has no place in Islam.

After a few centuries, the Hanbali school merged with the literalist Ẓahiriyah school that insisted on strict adherence to literal translations of the Qu’ran and regarded the Sunnah as the only authority on Muslim law. It rejected interpretation of the religious text and denied analogical reasoning – qiyas - and pure reasoning – ra’y - as sources of jurisprudence.

Salafism saw a revival in 1328 A.D. thanks to the work of Taqi ad-Din Ibn Taymiyyah. This coincided with the fall of Baghdad at the hands of the Tartars. Ibn Taymiyyah launched a campaign calling for a pious revival of the doctrine in order to achieve an Islamic renaissance under Tartar rule.

Salafis believe that the Qu’ran, the Hadith – the sayings of Mohammed – and the work of Muslim scholars provide guidance for Islam’s devotees. They support qualified scholars engaging in ijtihad – independent reasoning – using evidence from the Qur’an, versus taking its tenets as outright truth, an approach known as taqlid.

Salafism rose and fell in the following centuries, making a resurgence again in the 18th century A.D. through the work of Muhammad Ibn Abd al-Wahhab, who was born in what is today Saudi Arabia. This branch of Salafism or Wahhabism called for “pure” monotheism and condemned polytheistic practices. It also spoke out against invoking the names of religious figures, venerating the graves of Islamic saints and using amulets to seek protection. Followers stated that such practices were heretical.

Ibn Abd al-Wahhab, who was influenced by the writings of Ibn Taymiyya, gained popular support by convincing Uthman Ibn Mu’ammar, a local chieftain, to assist him in his struggle against idolatry, the cult of saints, and shrine and tomb visitation. The Wahhabi movement eventually came to control the Arabian Peninsula through a 1740 A.D. alliance between Ibn Abd al-Wahhab and Muhammad Ibn Saud that managed to establish a state in the central part of the Arabian Peninsula. Ibn Saud provided political and financial support for the religious revival of Salafism.

Since the 18th century, the alliance between the Wahhabi religious establishment and the Saudi royal family has continued to support the Salafi doctrine in the kingdom and all over the Islamic world. The Saudi family has also condemned other Islamic schools of thought, including those of Shi’a Muslims, Sufis and some Sunnis.

By the end of the 18th century, Ibn Saud and his descendants had spent nearly 140 years engaging in military campaigns to seize control of Arabia and surrounding regions. Ibn Saud and his followers attacked the city of Karbala in Iraq in 1802 A.D., killing the majority of its people dwelling in markets and in their homes. They also looted and destroyed the dome placed over the grave of Imam Husayn Ibn Ali, according to Wahhabi texts.

Ibn Saud was finally defeated by Ottoman forces in 1818, but his son, Abdulaziz Al Saud, managed to control the Arabian Peninsula after the collapse of the Ottoman Empire. On September 23, 1932, he founded the Kingdom of Saudi Arabia.

Today, Wahhabism amounts to an extreme version of Salafism, with radical Takfir concepts and fatwas that include denouncing some Muslims as nonbelievers. Wahhabis, for example, denounce Shi’a Muslims as apostates and refer to them as rafidas, or deserters. This was a phrase coined by Ibin Taymiyyah, who accused Shi’a scholars of blasphemy and considered the general Shi’a population to be ignorant and misguided. 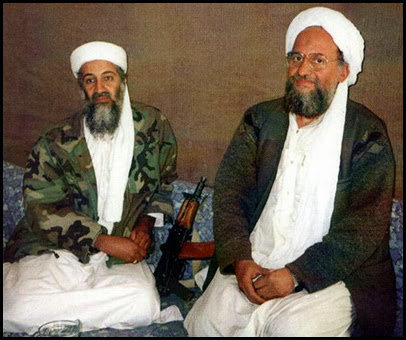 Nowadays, some Wahhabi clerics have issued fatwas denouncing all Shi’a Muslims as nonbelievers, calling for violence against them, holding Shi’a women captive and stealing from them. It is important to note, however, that Salafism has many branches, including Scientific Salafism and Jihadi Salafism.

However, Salafism lacks a global or regional organization, contrary to the Muslim Brotherhood. It also lacks unified local movements in Arab countries, and is marked by broad and considerable internal differences. One of them is the controversy on the “legitimacy” of who is a Salafist.

Furthermore, Salafist groups have differences in their attitude towards political action and strategies of change and reform, where some of its groups believe in the principle of “obeying the ruler” and thus accepting the rule of the dominant. Other groups are based on the principle of considering rulers as infidels and call for confronting them. That will be our next topic.

In the next article, Dr. Mouzahem will explain how the Salafi Wahhabism leaded to the founding of Al-Qaeda organization as a Jihadi Salafism group.

Dr. Haytham Mouzahem is The Atlantic Post’s Middle East Analyst and is based in Beirut, Lebanon.