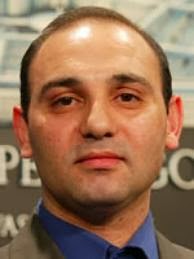 "The Change of Tone"
A Syrian solution is the only way to Syrian crisis. This is what President Assad announced in a televised interview. Yet foreign countries insist on interfering. The US maybe withdraws from launching strike against the Syrian regime but does this mean that the US will stop interfering in the Syrian unrest. Could the change of tone be a change of position, are the clashes among insurgents and army groups functioning in Syria the reason for the US to call for a political solution or is it an agreement done between US and Russia to end the crisis?
This and a lot more is discussed in this version of Spotlight Middle East with the Journalist and political analyst, Dr. Haytham Mouzahem.