The conflict between the two branches of Al Qaeda in Iraq and Syria and the public disagreement between Al-Zawahri and Al-Baghdadi show how the group founded and led by Osama Bin Laden has entered a new, sprawling phase after his death. 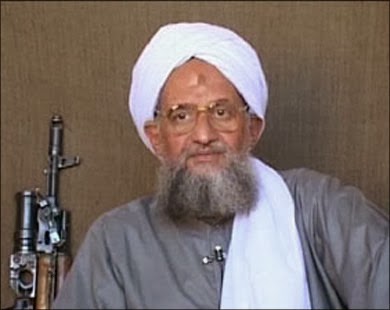 In the past two decades, the Al Qaeda organization underwent three basic phases in which it became more prominent and grew structurally, sub-divided into many different branches and solidified its strategies and tactics.

The first phase was its founding in Afghanistan in the late 1980s by Palestinian militant Abdallah Azzam and Saudi militant Osama Bin Laden. The organization became more crystallized in 1993 when Bin Laden gathered supporters from all across the world from his base in Sudan.

The second phase, of Al Qaeda’s military and security activities, started in 1996 with the declaration of “The Global Front For Fighting Jews and Christians,” which included the Qaeda-al-Jihad (The Base of Jihad, the original name of Al Qaeda), and other groups such as the Egyptian Islamic Jihad organization led by Ayman al- Zawahri and the Egyptian Al-Jamaa Al- Islamiyya led by Rifa’a Taha. This phase culminated in the September 11 attacks of 2001.

The third phase that began with the American invasion of Iraq in spring 2003 witnessed a decentralization and expansion that helped the organization attract more members. The group had suffered from a NATO attack on Afghanistan in October 2001 that caused destruction of its camps, escape of its leaders and hundreds of deaths within its cadres.

Through this period, Al Qaeda launched hundreds of attacks against American and Western forces in Iraq and Afghanistan. It also founded new branches in Yemen, North Africa, Somalia, the African Sahara, Syria, Lebanon, Gaza and the Sinai peninsula. 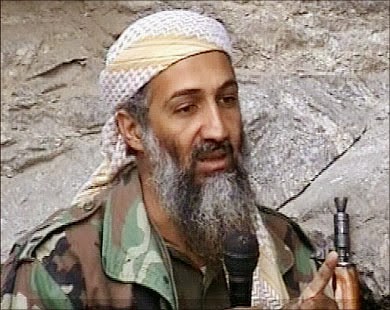 The American success in killing Bin Laden in the Pakistan city of Abbottabad on May 2, 2011 came only after few months of Arab Spring revolutions that toppled dictators in Tunisia and Egypt and brought several insurrections and protests in Libya, Bahrain, Syria, Yemen, Saudi Arabia and Oman.

At that time, some Western analysts concluded that Al Qaeda was in decline, suggesting that the death of its leader, Bin Laden, and the rise of peaceful protests calling for democracy in Arab countries would further weaken the extremist organization and its tactics of violence and terrorism.

Yet, Al Qaeda today has become stronger and more dangerous and is spreading even more than before. What are the reasons behind the rising power of this organization and its horizontal spread across the globe?

Hassan Abu Haniyyeh, a Jordanian expert on Islamic movements, told The Atlantic Post that Al Qaeda’s central organization in Pakistan and Afghanistan suffered in the past few years in its attempts to remain active and powerful. Yet it managed to exploit Bin Laden’s death and the Arab Spring’s failures as a way to make its ideology more acceptable and attractive, moving the organization into a more powerful and widespread phase.

Abu Haniyyeh explained that while the first phase focused on fighting the near-domestic enemy of Muslim tyrant regimes and the second phase on fighting far-global enemies of the U.S. and the West, the third phase is distinguished by a fusion of both dimensions: fighting enemies both near and far.

Abu Haniyyeh believes that loyalty of dispersed branches of Al Qaeda around the world is due more to the group’s doctrine than to its organizational commitment, similar to the Communist parties’ connection to Marxist-Leninist ideology.

Prominent Palestinian writer and analyst Abdel Bary Atwan wrote in his recent book, After Bin Laden: Al Qaeda, the Next Generation (2012), that Al Qaeda has developed into an ideological-political doctrine that no longer relies on centralized leadership and that allowed its offspring to produce regional emirs (princes) and local agents. Thus, targeting the organization and abolishing it has become increasingly difficult.

Atwan said that a close source to Al-Zawahri, the leader of Al-Qaeda, told him that Al-Zawahiri has always encouraged every Muslim country to have its own version of Al Qaeda. He said the organization has come to prefer a horizontal leadership structure because of the constant loss of its leaders and cadres through assassinations.

Al Qaeda of today is no longer the same organization it was at its origin since its need for a central headquarters has lessened. Al-Zawahri’s leadership has become more like a consultancy and source of orientation rather than an organizational-military leadership.

Atwan compared the Al-Qaeda network to “a long-living tree whose branches are easily seen but which still stands upon a system of underground roots that are unseen and very complicated.”

Atwan said that the problem for governments fighting terrorism is that cutting one of this tree’s branches, even one as significant Bin Laden or Anwar Al-Awalqi, does not weaken the roots “that feed upon a fertile mix of injustices and aspirations.”

The influence of jihadi-Salafism ideology and hatred also motivates Al Qaeda fighters. Lebanese Salafist Sheikh Omar Bakri, an expert on jihadi movements and known for his support to Al-Qaeda, said in an exclusive interview with The Atlantic Post that, “Al Qaeda is not one camp to have one leadership,. Al-Zawahri is the emir of the organization and heads the center of consultation (shura) of the world jihadi movements, and he leaves the administration to each faction.” 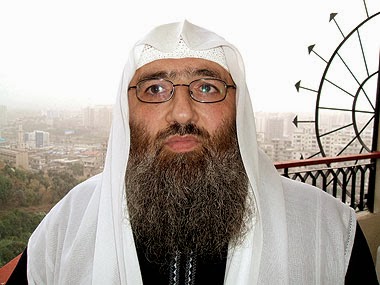 Therefore, Abu Bakr Al-Baghdadi is the leader of The Islamic State of Iraq or The Islamic Emirate, whereas Al-Zawahri is the emir of the organization but not in the Bilad al-Sham Levant area, Bakri stated.

Bakri added, “Today, Al-Baghdadi is considered the most prominent name among the organization, and he is a jihadi leader whose project is an Islamic state that implements Shari’ah (Islamic law). He is considered among the most prominent leaders and constantly states that he will liberate the earth. He is today a leader in the eyes of many supporters around the world.”

Regarding the clashes between Al Qaeda branches, especially between The Islamic State in Iraq and Syria (ISIS) and Jabhat al-Nusra in Syria, Bakri said,“There is coordination between the different groups on several stages. Despite their differences over some viewpoints, there is no atmosphere of contradiction. They all agree on fighting Syrian President Bashar Al-Assad and implementing Shari’ah. What distinguishes Al-Baghdadi is that he wants to implement the Shari’ah right away.”

“Although there have been some accidents due to poor advance coordination, of course there is coordination and military assistance among groups,” Bakri added.

Bakri, as a supporter of Al Qaeda, is evidently biased toward the group and Al-Baghdadi and has helped lessen disagreements that could lead to a split in the group.

The next article will discuss Al Qaeda new strategies and tactics.