Will the Lebanese crisis slide into civil war?

January 06, 2014
By Dr. Haytham Mouzahem
BEIRUT – Lebanon witnessed in 2013 series of car bombs and assassinations that reflected internal divisions over the Syrian crisis and a spillover of the Syrian sectarian war into neighboring Lebanon. These attacks have demonstrated the rise of hatred and sectarian rhetoric against Shi’a among some Sunni Salafi Lebanese and Palestinian youth in Lebanon.
On December 27, 2013, former Lebanese Finance Minister Mohammed Chatah was killed in a car bomb. Chatah was an adviser to the former Prime Minister Saad Hariri, leader of the Future Movement and the March 14 coalition. Hariri and the March 14 coalition have accused Syria and Lebanese Shi’a Hezbollah of being behind the assassination.
Only six days following the explosion that killed Chatah, a suicide car bomber hit on January 2 in the heart of Beirut’s southern suburb, also Hezbollah’s stronghold, killing four civilians and wounding about 77 others. The Islamic State of Iraq and Syria (ISIS), a branch of Al-Qaeda in Iraq and Syria, claimed responsibility for the blast. 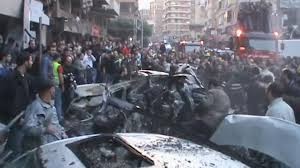 The suicide bomber was a 19 year-old Lebanese Sunni from Akkar province in North Lebanon. He is the fifth Sunni suicide bomber in Lebanon within two months, and the second one of Lebanese nationality. Two others were Palestinian residents of Ain al-Hilwi camp with an additional bomber of unknown origin, according to the Lebanese army. The suicide attackers targeted the Iranian embassy in Beirut and two checkpoints of the Lebanese army near the city of Sidon, South Lebanon.
The Abdullah Azzam Brigades, an al Qaeda franchise in Lebanon, claimed responsibility for double suicide bombers that targeted the Iranian Embassy on November 19 and killed 25 civilian people, including the Iranian cultural attaché. 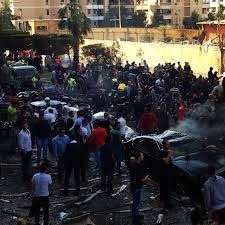 A week ago, the Lebanese army arrested the Saudi emir of Abdullah Azzam Brigades, Majed Al-Majed, a dangerous criminal wanted by many countries including Lebanon, Saudi Arabia and Iraq. Al-Majed was arrested in a Beirut suburb after he left a hospital where he was being treated for kidney failure.
Following news of Majed’s arrest, Iran demanded the Lebanese authorities to provide information on the investigation of the blast that targeted its embassy. Saudi Arabia, which was happy with the arrest according to Saudi ambassador to Lebanon Ali Awad Asiri, asked Lebanon to deliver Al-Majed since he is on the Al Qaeda wanted list in Saudi Arabia.
The Lebanese judiciary issued a warrant in 2009 against Al-Majed(born in 1973) on charges of belonging to the Fateh al-Islam extremist group that fought the Lebanese army for three months at the Nahr al-Bared refugee camp in North Lebanon in 2007. He was sentenced in absentia for life imprisonment on charges of “terrorist acts.”
The Abdallah Azzam Brigades, on the U.S. State Department’s list of terrorist organizations, has been accused of carrying out bombings in Egypt, Syria, Iraq, Jordan, Yemen and several Western and U.S. targets and have claimed responsibility for rockets launched from Lebanon into Israel. They launched missiles at a U.S. warship in the Gulf of Aqaba in August 2005, rockets into Israeli territory and bombs in Taba, Egypt.
The group has threatened to pursue operations against Hezbollah because of its   participation in the Syrian war along with the regime of President Bashar Al-Assad.
Surprisingly, a Lebanese security source announced on January 4 that Al-Majed has died due to deterioration of his health, even before the investigation began. Many Lebanese politicians, analysts and bloggers have been suspicious about the death, since Al-Majed was a source of secrets and information about al Qaeda branch in Lebanon, its funding, arms smuggling routes and partners in Syria, Iraq and Saudi Arabia.
Commenters were also skeptical of Saudi fears of possible revelations by Al-Majed about his links to Saudi intelligence and its role in the Iranian embassy blast, as well as in funding al-Qaeda operations in Lebanon, Syria and Iraq.
Some observers and analysts believe the recent terrorist attacks on Lebanon are an extension of the conflict in Syria between the regime, backed by Iran and Hezbollah, and the armed opposition and the foreigner jihadi fighters, backed by Saudi Arabia, Turkey and Qatar. Moreover, the war has changed from a Saudi-Iranian political and geo-strategic conflict into a sectarian Sunni-Shi’a struggle, from Iraq to Syria and Lebanon through Bahrain and the Gulf, reaching Pakistan and Afghanistan.
Recent developments bring to mind the Ottoman-Safavid Wars of 1514-1639, a conflict for control of Iraq and Central Asia. The 125-year war was political and also defined by sectarian religious slogans.
Sectarian tension and terrorist attacks have increased the Lebanese political division over the Syrian crisis and have complicated the formation of a new government following the resignation of Prime Minister Najib Mikati about a year ago. Assigned Prime Minister Tammam Salam has failed to form a national union government due to differing opinions over government quotas between the March 14 coalition, led by the Future Party, and the March 8 forces, led by Hezbollah (on the subject of government quotas).
The March 8 coalition wanted one-third of government ministers as a guarantee that would allow it to veto any decision. March 14 refused to grant March 8 this veto and rejected Hezbollah participation in the government because of its meddling in Syria war.
It is no secret that the Saudi Arabia is pressuring Lebanese President Michel Sleiman and designated Prime Minister Tammam Salam to form either a de facto neutral government of  technocrats or a political one formed from March 14 forces and supporters of  President Sleiman, without Hezbollah and its allies. 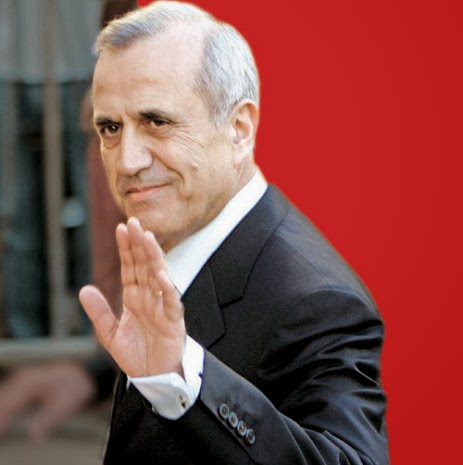 Hezbollah has warned that it will not accept such a government and to expect political and security implications from such a step. The current March 8 ministers will likely block new ministers from occupying their posts. Or, Hezbollah forces could well control the capital of Beirut as a repeat of the scenario of May 7, 2008, when Hezbollah and other forces of March 8 controlled Beirut by force and pressured Prime Minister Fouad Seniora and his government to resign and to form a national union government headed by Prime Minister Saad Hariri, as a result of the Doha agreement.
President Sleiman has leaked that he will accept a de facto government before the end of his term in May 25, 2014 rather than leave the caretaker government in the hands of former Prime Minister Mikati in case a new president is not elected.
The assassination of Minister Chatah has given some motivation for Sleiman, Salam and the March 14 movement to accelerate the formation of a de facto government, by accusing Hezbollah of assassinating Chatah and rejecting its participation in the government.
But the most recent bombing in the south suburbs has delayed this step, especially since Maronite Patriarch Bechara al-Raii has refused a government that would cause deep division and negatively affect the presidential elections. The elections are expected to start sometime after March 25 and the deadline is May 25.
Many politicians and analysts fear that Lebanon has entered a stage of “Iraqization” in a repeat of Iraq’s scenario of suicide car bombs and assassinations – one that may evolve to a Sunni-Shi’a civil war across the nation.
Dr. Haytham Mouzahem is The Atlantic Post’s Middle East Analyst, based in Beirut, Lebanon.
Posted on January 5, 2014
Articles