January 13, 2014
By Dr. Haytham Mouzahem
BEIRUT, Lebanon – Saudi Arabia pledged $3 billion to bolster Lebanon’s armed forces as the largest aid package ever to the country’s military.
Some observers have considered the gift a challenge to the Shi’a party, Hezbollah, the powerful armed resistance backed by Iran and Syria in an attempt to change the balance of power in Lebanon and the region.
Lebanese President Michel Sleiman announced the Saudi gift from Beirut while Saudi leaders were meeting with the visiting French President François Hollande in Riyadh in last December.
Lebanon would use the Saudi grant to buy “newer and more modern weapons” from France, said Sleiman.
Sleiman has become during the year of 2013 increasingly critical of Hezbollah’s meddling in Syria and has aligned himself closer to the March 14 coalition, backed by the West and Saudi Arabia.
It is not the first time that Saudi Arabia helped Lebanon but it is the largest endowment that the Lebanese army has ever received. The gift’s timing has raised concerns among Hezbollah and its allies. It comes at a time of high tension between Hezbollah and Saudi Arabia, following the blast that targeted the Iranian embassy in Beirut on November 19 and killed 25 civilian people, including the Iranian cultural attaché. 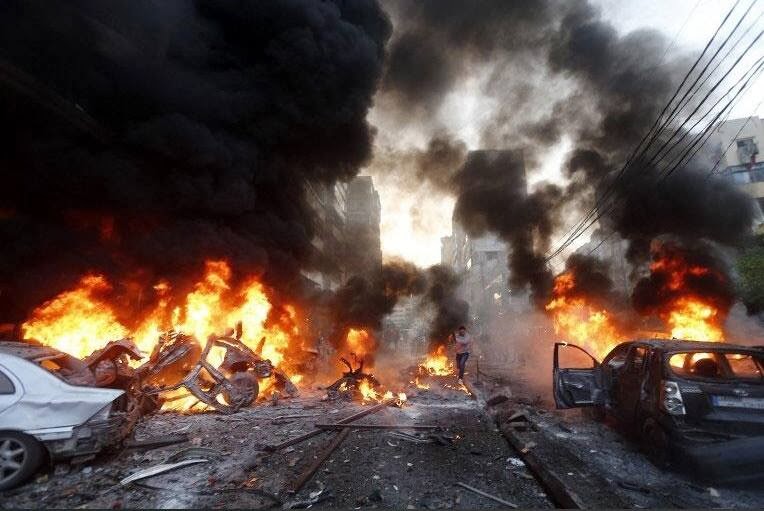 Hezbollah Secretary General Sayed Hassan Nasrallah has said Saudi intelligence is responsible for that blast, while Riyadh is doing its best to weaken the Shi’a party and pressure the Lebanese president and Assigned Prime Minister Tammam Salam to prevent Hezbollah from participating in the new government due to its involvement in the Syrian civil war.
Some members of the March 8 coalition, led by Hezbollah, believe that Saudi Arabia is trying to strengthen the Lebanese army as a way to confront Hezbollah on behalf of March 14, led by the Future Party.
A prominent source from the Future Party told The Atlantic Post that the Saudi gift is not aimed at challenging Hezbollah power and that it will not change the military balance in Lebanon. The $3 billion, he said, will allow the Lebanese army to buy arms from France and create two new divisions to both monitor the border with Syria and Israel and manage Lebanese territory.
Lebanese forces only number 56,000 and are unable to impose security across Lebanon because of several security challenges at the border with Israel and Syria, along with the problems of Tripoli, Sidon and the Ain Helwe Palestinian refugee camp, along with the need to control the capital of Beirut, as well as other cities and towns.
Hezbollah has not commented on the Saudi gift. A source close to the Shi’a party told The Atlantic Post that Hezbollah cannot refuse any Saudi, American or Russian gift to the Lebanese army, because to do so would suggest it prefers a weak army or military without quality equipment.
On the other hand, Hezbollah opposes any conditions on the endowment or attempts to create strife between the army and the “resistance,” as Hezbollah forces were commonly known because of their role in liberating South Lebanon of Israel’s occupation in May 2000. However, after the division that resulted from the assassination of Rafik Hariri in 2005, the March 14 group began to call Hezbollah a militia and called for disarming the party.
A Lebanese newspaper close to Hezbollah reported that Saudi King Abdallah Ben Abdelaziz asked President Sleiman during his visit to Riyadh in November why the army cannot prevent Hezbollah from fighting in Syria.
For politicians and analysts close to Hezbollah and March 8, this question could be the main motivation for the gift, which is intended to strengthen the army to control the border with Syria and defy Hezbollah by controlling the whole country.
From the Saudi point of view, the Lebanese army could ensure an element of military balance between Hezbollah and March 14.
This gift comes as President Sleiman announced his agreement to a neutral technocrat government, despite Hezbollah’s opposition and warning that a de facto government would cause political and security problems and increase already sharp sectarian and political divisions among the Lebanese people.
In the near future, the gift will not affect Hezbollah’s power, but that could change if the gifts include arms such as aircraft defense missiles, fighter aircraft and helicopters that the army needs to control its space against any potential Israeli aggression, as well as some ships to defend its coast. That scenario would weaken the Hezbollah pretext that it is incapable of defending Lebanon against any potential Israeli aggression due to the absence of a powerful army with such developed weapons.

March 14 has repeatedly called for disarming Hezbollah according to the UN Security Council Resolution 1559 that calls for disarming all militias in Lebanon. But Hezbollah and its allies asserted that the resistance is not a militia and that its weapons have been necessary to defend against Israel’s aggression in the context of the invasions of 1978 and 1982 and the wars of 1993, 1996 and July-August 2006.
Apart from challenging Hezbollah, Saudi Arabia is obviously sending a message to the U.S. that it can rely on France or other superpower in the region and engage in major military deals if Washington decides not to respond to Saudi concerns and interests regarding the Syrian crisis or Iran’s nuclear program.
The Future Party source told The Atlantic Post that choosing France as an arms supplier to the Lebanese military was intended to reassure the Christians of Lebanon, since France was their historical foreign patron.
The deal with France might satisfy Paris more than Lebanon because they would get cash and they would control the arms deal with Lebanon. It is not certain that France would give Lebanon military weapons such as aircraft or air missiles that could threaten Israel’s security.
What does the Lebanese army need?
Lebanese sources revealed that the Lebanese government already has in place a five-year plan to arm the military, worth 4.7 billion U.S. dollars. This plan includes two parts: 60 percent of the program (2.7 billion dollars) for the army’s infrastructure that includes a command headquarters, military academy and military hospitals, and to establish defense shelters, military airfields, naval bases, developed communications systems, training and logistics development.
The second part, 40 percent (about 2 billion dollars) will focus on buying new weapons and renewing existing weapons. Some military experts wonder if the army will take full advantage of the Saudi gift as a way to renew and develop its infrastructure and increase its forces, since the money will go directly into France’s pocket.
Many questions arise. Will the Lebanese army replace its American and Russian weapons with French contributions?
Will Paris agree to provide Lebanon Mirage aircraft and Gazelle helicopters or air defense systems, including radar and anti-aircraft missiles to address any Israeli air breaches of Lebanese sovereignty?
Will France supply Lebanon boats and warships equipped with sea-to sea missiles in the event that Lebanon’s sovereignty is under threat?
I believe Lebanon needs the cash money of the Saudi gift to increase its military and security forces that will help in imposing security and in decreasing the unemployment that is used by extremist forces to recruit poor people in “Jihadi” groups.
Haytham Mouzahem is The Atlantic Post’s Middle East Analyst, based in Beirut, Lebanon.
Posted on January 7, 2014
Articles