May 02, 2013
Summary :
A Saudi Wahhabi sheikh has issued a fatwa in which he calls on jihadists in Iraq to kill Shiites, including women and children, in another sign of the bitter sectarian conflict dividing the region, writes Haytham Mouzahem.
This tweet sparked sharp criticism on Twitter. Many considered it to be incitement to murder and contrary to the tolerance of Islam, which forbids the killing of women and children in battle, even those of infidels and polytheists. 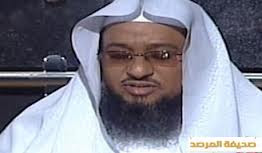