A Look At Jihadi Salafism

November 01, 2013
By Dr. Haytham Mouzahem
Professor Radwan Al-Sayed is professor of Islamic studies at the Lebanese University and a current member of the political bureau of Lebanon’s Future Party. 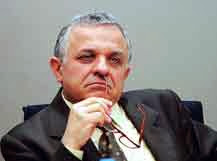