January 17, 2014
By Dr. Haytham Mouzahem
BEIRUT, Lebanon – On the eve of the Geneva II peace talks on Syria, the self-proclaimed Islamic State of Iraq and Al-Sham (ISIS), a multi-country terrorist organization that maintains a convoluted affiliation to the Al Qaeda network, envisions its own solution to the conflict.
Bizarrely, this multi-pronged organization of roughly several thousand fighters and sympathizers calls itself a state. It claims a presence in Iraq as well as in Al-Sham (the Levant), a region that historically included Syria, Lebanon, Jordan and Palestine.
As its name suggests, ISIS seeks to create an Islamic state in these five countries to pave the way for establishing an Islamic Caliphate.
Bringing back a version of the historic Islamic Caliphate or establishing a new Islamic state in the Muslim world is the objective of Sunni Islamist groups from Hizb Al-Tahrir to the Muslim Brotherhood, Al Qaeda and others. 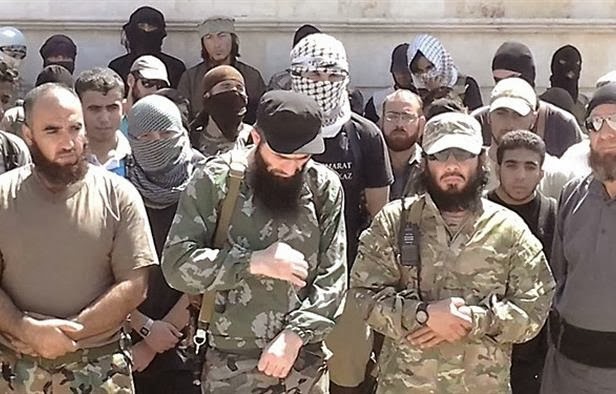 ISIS envisions a geopolitical configuration that operates outside of international diplomatic channels, usually in illegal fashion. Al Qaeda in particular uses any violent and brutal means to achieve its goals.
ISIS emerged in Iraq in 2004 under the name of Al Qaeda in the Country of the Two Rivers, led by Abu Musaab Al-Zarqawi and changed its name in October 2006 to The Islamic State of Iraq (ISI). In April 2013, the group changed its name again to the Islamic State of Iraq and Al-Sham (ISIS) to include Syria in its battle.
The rise of ISIS in Iraq and Syria in 2013 resulted from two factors. First, the Syrian war brought thousands of foreign jihadi fighters to Syria and Iraq thanks to the cooperation of neighboring countries. Second, the sectarian conflict in Iraq, especially the Sunni popular protests in Al-Anbar province, West Iraq, provided ISIS a place to recruit fighters. Sunni youth there were a fertile recruiting pool,  frustrated with the government policies of Iraq Prime Minister Nouri Al-Maliki and its perceived “sectarian discrimination” against Sunnis.
The year 2014 has not brought good news for ISIS. The Iraqi government has launched a large military campaign against the group in areas that it controlled in Western Iraq. In parallel, the Islamic Front, a coalition of Syrian Islamist opposition groups, has launched a battle to eliminate ISIS from the Syrian areas controlled by the opposition, especially in Aleppo and Al-Raqqa. The Islamic Front has succeeded in defeating ISIS in the Aleppo countryside and in controlling some of its posts in Al-Raqqa city.
The clashes have resulted of more than 900 deaths and hundreds of injured and prisoners on both sides.
The timing of the two campaigns against ISIS in Iraq and Syria reveals international and regional coordination to remove ISIS from the political scene.
The Iraqi government allied with Sunni tribes in Anbar province to confront ISIS in Western Iraq after ISIS occupied several areas in the province, including the city of Fallujah in which it declared an Islamic emirate.
Iraqi journalist and analyst Khodor Abbas, who is reporting from the Anbar area, told The Atlantic Post that the Iraqi army is surrounding Al-Falluja and is waiting for tribes to intervene to expel ISIS forces from the city. He added that the government is avoiding an attack on ISIS forces in Fallujah because they are surrounded by the inhabitants and the army does not want to cause any casualties among civilians and incite sectarian anger..
Saleh al-Mutlaq, a Sunni Iraqi deputy prime minister confirmed on Jan.14 that the government followed U.S. advice and kept most of its forces out of Ramadi and Fallujah, allowing local tribes to push Al Qaeda militants out of the two cities.
Abbas asserted that some tribes are collaborating with ISIS and providing their fighters with a refuge and source for recruit fighters and suicide bombers. He explained that the army’s strike against ISIS, organized under American-Iraqi agreement, has weakened ISIS. 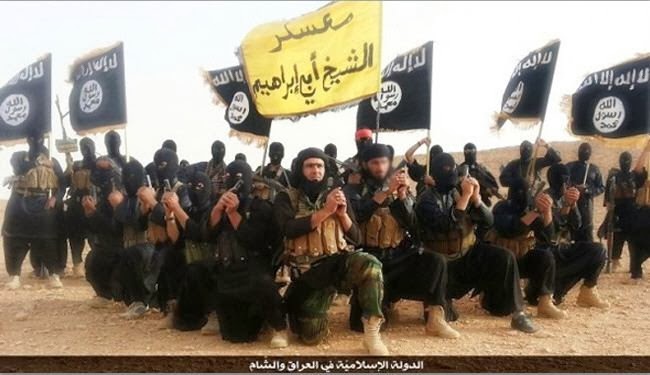 Abbas said these tribes are embarrassed because cannot admit they are protecting Al Qaeda in Anbar and fighting the Iraqi army and its allies from other Sunni tribes. Instead, they claim that they are defending Sunni rights and that those fighters are not from ISIS but from Anbar.
Ironically, ISIS controlled Fallujah and Ramadi when the Iraqi army withdrew and left control of the cities to the local police. ISIS quickly announced its Islamic Emirate and imposed its extremist rule there. Abbas believes that Prime Minister Al-Maliki considers this battle with ISIS in Anbar an electoral opportunity to get support from Shi’a voters who are suffering from daily ISIS terrorist attacks.
At least 22 people were killed and more than 80 wounded on Jan.13 in several car explosions in Iraq. The United Nations said 2013 was the deadliest year in Iraq since 2008, with almost 8,000 people killed, most of them civilians.
The Iraqi analyst said Al-Maliki made some mistakes in his policy towards Sunnis, but he thinks the prime minister will mend fences with them and satisfy their leaders after winning a third mandate. He added the army is seeking to destroy ISIS refuges and to separate them from their Iraqi tribal allies.
Later, it plans to attack them in Mosul and Dyala and Al-Qaeda fighters will return to the border areas with Syria. He explained that ISIS has targeted most Sunni tribes and killed their leaders and men. Some tribes have cooperated with the government against Al-Qaeda in the Al-Sahawat (“Awakenings”) forces and they fear the revenge of ISIS. For that reason, the interests of the Sunni tribes are with the Iraqi government in terms of security and economic and social benefits.
The battle with Al Qaeda in Fallujah is the third such war, following two battles in 2004 during the American occupation. The city is strategically important since it is only 50 kilometers from Baghdad, the capital, and is on the highway that links Iraq to Syria and Jordan.
A prominent Lebanese politician close to Saudi Arabia who spoke on condition of anonymity told the Atlantic Post that the Saudi government supports the Iraqi government in its war against ISIS, indicating that Jordan also supports Baghdad against Al Qaeda. He added that all neighboring countries are cooperating against the danger of these terrorist fighters in Iraq and Syria. The source stated that removing ISIS from the political scene in Syria and Iraq is a policy intended to pave the way to the Geneva 2 conference in Switzerland on January 22.
Haytham Mouzahem is The Atlantic Post’s Middle East Analyst, based in Beirut, Lebanon.
Posted on January 15, 2014