February 04, 2014
By Dr. Haytham Mouzahem
This month, South Yemen witnessed deadly clashes between Yemeni troops and secessionist militants.
On Friday January 17, the southern militants ambushed a military vehicle, killing two soldiers and wounding four others in the town of Daleh, 280 kilometers south of the capital.
The Southern Movement that calls for secession of South Yemen has accused the army of bombing residential areas and a hospital. These developments indicate a new phase of the Southern Movement for independence, turning from a civil protest and strike to a military resistance against “Northern occupation.”
Ali Salim al-Beidh, who was the president of the People’s Democratic Republic of Yemen (South Yemen) and the secretary general of the Yemeni Socialist Party that ruled from 1986 to 1990, signed a unity agreement with the Yemen Arab Republic’s (North Yemen) President Ali Abdullah Saleh, establishing the Republic of Yemen on May 22, 1990.
The Atlantic Post Middle East Analyst met with al-Beidh in his office in Beirut and asked him about the new developments in South Yemen. 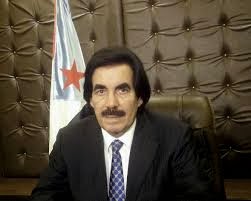 South Yemen was previously called “Southern Arabia,” gaining independence from Britain in 1967. It established its state as the People’s Democratic Republic of Yemen and was a member of the UN Security Council. South Yemen and North Yemen were two states and Southern Arabia entered into an agreement with the Northern state in 1990, but discovered the rulers in Sana’a did not want to form a civil state.
The North launched a war against the South and entered it on May 5, 1994, and Southern leaders called for secession on May 21 because of this aggression. The war ended on July 7 of the same year with the defeat of the south, as northern forces took control.
Al-Beidh said the Yemeni regime forcibly retired thousands of southern soldiers and civil servants, and seized lands in the South and distributed them to senior military officers and tribal sheikhs loyal to Yemen President Ali Abdullah Saleh.
Thus, the Southern Movement considers the Northern regime as an occupation that controls the South’s future and resources, including oil, that have been exploited by for the alliance of tribes, military leaders and Islamists, al-Beidh said.
In 2007, the Southern Movement emerged as a popular peaceful movement demanding secession from the Republic of Yemen. On May 21, 2009, al-Beidh announced his desire for a split between the People’s Democratic Republic of Yemen, which he represented as president when the unity agreement was signed, and the Yemen Arab Republic.
Al-Beidh said that the popular uprising that emerged in the South in December 2013 is more than a civil movement. It followed a large meeting of tribes in Hadramout province that agreed to submit their demands to the government.
One of the tribes’ leaders, Sheikh Saad Habrish, went to Sana’a to present these demands. Upon his return to Hadramout province, the army opened fire on him at a checkpoint and killed him on December 2.
Al-Beidh said Hadramout tribal leaders met on December 10 and called upon the government to punish Habrish’s killer and to respond to the tribes’ demands. But the government has done nothing.
In response, the tribes of Hadramout announced a civil strike against the authorities. The Southern provinces responded to this call, and the protesters managed to control some of the official offices and stations where they raised the former Southern Republic’s flag, al-Beidh said.
He added that the Northern regime lost its direction after the popular uprising and committed a massacre against civilians when the military fired a shell that landed near a funeral tent in Dali on December 27, killing 22 people and wounding dozens.
That tragedy sparked the situation in the South and the protesters have controlled all official stations except the military barracks.
When asked why the Southern Movement does not accept federalism instead of independence as solution for the Southern question, al-Beidh asserted that the uprising refuses the national dialogue conference and its results. He added that his people have sacrificed thousands of martyrs along with wounded and prisoners, and wants independence from the Northern occupation so as to get back his state. 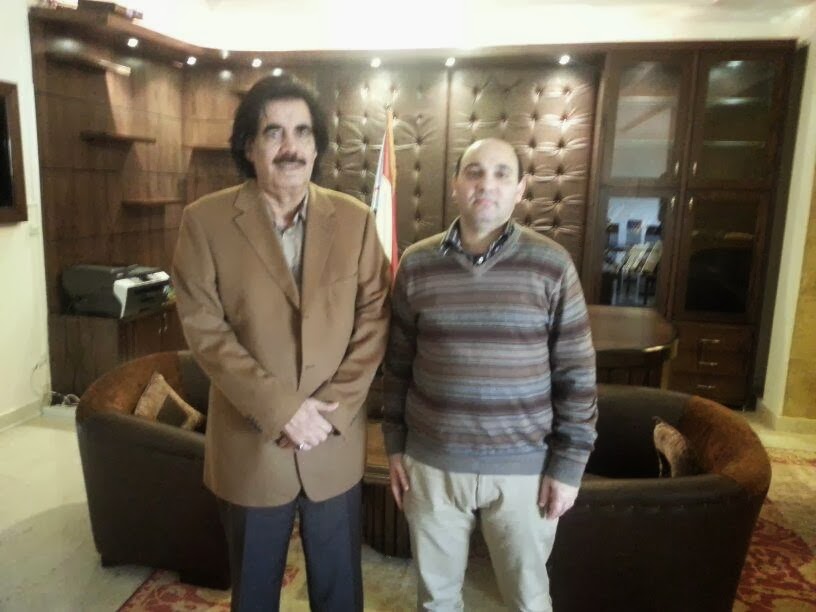 The former South Yemen president blamed the international community for ignoring the suffering of his people for 20 years. But he stated that the Western countries will not care about the Southern question unless its oil interests become threatened.
Despite international and Arab indifference, al-Beidh is still optimistic that his people will continue its struggle to regain their independence.
Regarding the differences among the national dialogue conference in Sana’a, al-Beidh said the dispute between influential parties concerns the number of cantons and the partition of those cantons based on the interests and resources that those parties want to hold. President Ali Abdallah Saleh and the influential al-Ahmar family are rivals for power and wealth.
Southern inhabitants complain that the regime stole revenues from southern oil exports rather than recycle them into projects to develop the southern economy. They are also discontented with the lack of education and jobs for youth, which has turned the south into a recruiting ground for the Al-Qaeda organization that seized control of the southern province of Abyan in 2011.
Although the army managed to liberate most of the province in 2012, the extremist group remains strong in Shabwah and Lahaj cities in South Yemen and operates daily terrorist attacks along the country.
Yemen President Abd Rabbou Mansour Hadi issued on January 28 a presidential decree forming a commission, under his chairmanship, to determine the number of cantons or regions in the country, as a result of the national dialogue support for federalism. The commission will discuss the options of six or two regions, or any other consensual option, and it will submit its final report to the committee of drafting the country’s constitution.
Al-Beidh refused the proposal of establishing a federal region. Southern residents take to the streets daily to demand the restoration of their state. He added, “We demand that a referendum be held in the south and let the people of the south choose between unity, or a federalism or secession.”
Haytham Mouzahem is The Atlantic Post’s Middle East Analyst, based in Beirut, Lebanon.
Posted on January 31, 2014
Interviews