October 05, 2011
Hizbullah and Al-Qaeda: Friends or foes?
By Haytham Mouzahem 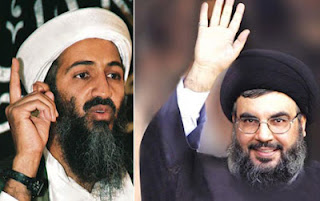 The final report of the Sept. 11 Commission in the US argued that Al-Qaeda
had ties with Iran and Hizbullah, but it also concluded there was no
collaboration between Iraq and Al-Qaeda, one of President George W. Bush's
central arguments in favor of launching an invasion of Iraq last year.

The report noted that "the relationship between Al-Qaeda and Iran
demonstrated that Sunni-Shiite divisions did not necessarily pose an
insurmountable barrier to cooperation in terrorist operations." But the
report also found "no evidence that Iran or Hizbullah was aware of the
planning for what later became the Sept.11 attack."

It is true that Sunni-Shiite differences are in no way obstacles to
cooperation between Islamist groups such as the Shiite Hizbullah and
Palestinian Islamist movements such as Hamas or Islamic Jihad. But the Sept.
11 Commission did not observe that Al-Qaeda was a very different Sunni group
than the Palestinian ones; it is an extremist Wahhabi movement that
considers Shiites nonbelievers, referring to them as rafidha, or those who
reject mainstream Islam. 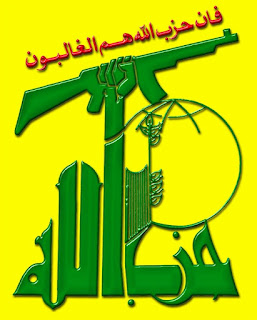 In 1998, the Taleban regime in Afghanistan, which was harboring Al-Qaeda and
its leadership, committed atrocities against Afghan Shiite Hazaras in Mazar
al-Sharif, killing thousands, as well as eight Iranian diplomats. The crimes
very nearly led to a war between Iran and Afghanistan, and helped explain
Iranian support for the northern Afghani groups in their battle against the
Taleban and Al-Qaeda - and later (if more circumspectly) for the US invasion
that led to the Taleban's overthrow

The relation between the Iraq's Baath regime and Al-Qaeda began in 1998,
when Saddam Hussein allowed the group to establish training camps in Iraq.
Abu Musab al-Zarqawi was reportedly the broker of this connection. The
alliance may have resurfaced after the US invasion through the unexpected
cooperation between the two parties in attacking coalition forces, Iraqi
policemen and civilians and Shiite leaders and holy shrines. The tight
organization and apparent logistical network behind the Al-Qaeda suicide
operations suggest there may have been preparation for those attacks with
the Baath regime, which provided Al-Qaeda with organizational and
intelligence assistance as well as money and maybe combatants.

It was bizarre indeed that Al-Qaeda and Saddam's followers should have
focused their attacks so strongly against Shiite religious and political
leaders and cadres, and against their holy shrines in Najaf and Karbala, as
well as the Qazimiyyeh Mosque in Baghdad, killing thousands of civilians,
instead of focusing on targeting the occupation forces. That strongly
implied both a deep a hatred for the Shiites and a desire to prevent them of
playing any major role in post-war Iraq. 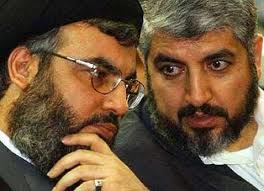 Wahhabis consider the Shiites unbelievers (kuffar) and "polytheists"
(mushrekin) because of their veneration of the prophet and the imams. Since
the late 18th century, the Wahhabis launched three military campaigns to
conquer Shiite regions in Arabia, leading to the destruction of their
mosques and shrines. In 1803 and 1806, the Wahhabis entered Iraq and sacked
the tombs of Imam Hussein in Karbala, an act of incredible desecration. In
1927, senior Saudi religious scholars issued fatwas condemning the Shiites,
and these were reasserted as late as the 1990s.

Given all this, Hizbullah cannot be indifferent toward the terrorist and
sectarian attacks against their Iraqi brethren and their shrines. The
party's secretary-general, Hassan Nasrallah, condemned these killings and
warned Al-Qaeda fighters last March that such behavior would damage the
Palestinian cause because it would lead to Sunni-Shiite sectarian strife, an
apparent goal of Zarqawi's as it appeared in a letter he is said to have
addressed to Osama bin Laden seized by US forces.

In an interview with Middle East scholar Asaad Abu Khalil in June 2004,
Nasrallah expressed strong fears and concerns about the so-called
"resistance" in Iraq, and strongly condemned its methods, for example the
use of car bombings. As he put it, they are "willing to kill 90 Iraqi
civilians in order to kill one US soldier." Nasrallah asserted, "the Wahhabi
network is very active in Iraq, and it has a strong sectarian agenda." He
said he believed that "Saddam's Baathists and even Wahhabis are willing to
negotiate with the Americans all in order to prevent a rise in Shiite
power." He worried that this Wahhabi network "will strike at Shiite targets
in the Arab world, outside Iraq, very soon."

Hizbullah has condemned attacks targeting civilians by Al-Qaeda and its
allies. Nawaf Musawi, who is in charge of Hizbullah's international
relations department, said in an interview that his first comment following
the Sept. 11 attacks was "this is (Israeli Prime Minister) Ariel Sharon's
lucky day," because "Sharon would be able to kill the Palestinian people
under the pretext of 'fighting terrorism.'" He added: "I believe that those
kinds of condemnable terrorist operations have done great damage to the
struggling Palestinian people."

There are several barriers hindering the cooperation between Hizbullah and
the Wahhabis. Religious and historical divisions play a major role in this,
but are not the only factors. Hizbullah and Al-Qaeda have very different
political priorities, strategies and agendas. Whatever the Sept. 11
Commission said, all the signs are that Al-Qaeda and Hizbullah are foes
rather than friends.

Haytham Mouzahem(hmzahem@yahoo.com) is a Lebanese analyst and researcher specializing in Middle East and Islamic affairs. He wrote this commentary for THE DAILY STAR
http://www.dailystar.com.lb/article.asp?edition_id=10&categ_id=5&article_id=
7532
Articles