Iran - Currents, the providence of the jurist, reform and regional influence

October 05, 2011
Iran - Currents, the providence of the jurist, reform and regional influence 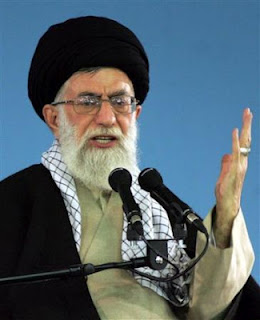 Iran experienced four revolutions since the second half of the nineteenth century until the eighties of the twentieth century and despite of these historic turning points, Iran’s interaction with religion and modernity didn’t stop.

Till this moment the political diligence that is supported by doctrinal controversy is dominating the Iranian political scene. Also, there is an intervention of political and economic interests and voices of modernity that call for modernity against the influence of conservatives and the hard-line attitude that dominates the ruling elite in Iran after the arrival of Ahmadi Najad’s to rule in 2005.

Within two publications, Al-Mesbar Studies & Research Centre monitors the intellectual and political movement in Iran. The majority of this publication’s studies are dealing with the reformist movement due to its connection with the current events represented by the green movement in 2009, and others.

The study of the Lebanese researcher Haitham Muzahim explains the political thought in Iran from the “Mashrota” movement to the providence of the jurist.

He identifies that the Shiite doctrine is not limited to one theory around the state, as some believes, but there are multiple of theories which were produced by scholars’ studies during the twentieth century, a period which can be classified as the period of Shi'ite political thought maturation. This multiplicity is a proof that there in no consensus on one political theory within the rule.

Iran between the religious reference and providence of the jurist, dialectical of integration and separation, represents a subject needed by every researcher in the fields of sociology and the political religious Iranian thought.

The political science and Iranian Studies professor at the University of Jordan, Nabil Atoum, dealt with the political development of the Islamic Republic of Iran during the period of1980-1993.

He also tackled the Islamic Revolution of Iran, its formation of Iran’s political system and sources adopted by the revolution on Iran’s domestic and foreign policy, which are in all represent a composition of the supreme leader of Iran; leader of the Revolution.

The study dealt with theories of foreign politics that govern the Iranian revolution’s relations with the outside world and in particular (Umm Al-Qurra’s theory). The study also included a discussion on the political wings during the period of "1980-1996" and their role in domestic and foreign policy.

The study of the Iranian researcher Majeed Moradi was about the reformation movement in Iran and the political parties that supported Mr. Khatami in the presidential elections of 1997. The majority of reformation movement’s members come from the intellectuals and students class.

The study explains the story of the Iranian parties and their differences and diversity in the Iranian modern history; since the covenants of ownership, through the political parties after the revolution, and the formation stages of the left and right Islamists currents.

Also, the study addressed the decline of this discourse due to the political disputation and the arrival of Ahmadi Najad to power. Finally, the study predicted the future of the reformation’s discourse, and it is not unlikely that the movement might return to political life again.

The two Iranian cultural revolutions: The ongoing Islamization processes were dealt by the Iranian researcher Majeed Mohammadi as he tackled the Iranian society - since the victory of 1979’s revolution and the arrival to rule by the clergy – through two revolutions between the years of 1980-1982, and 2005-2010.

The aim of this study was to compare these phenomena under the context of Islamization and the rule of the clergy by their agendas that oppose to the thought, the West and the nature of politics in Iran.

The study discusses the implications of the two revolutions on the Iranian academic society.

The political science professor at the University of London, Professor Arshn Adeeb Mogadam chose to chart the political "geography" of the opposition in Iran. The study presented a short history of opposition politics in Iran, starting from the tobacco revolution in the last half of the nineteenth century, and the end of the conflicts that followed the election of President Ahmadi Najad in the summer of 2009.

The study examines carefully the political thought of prominent thinkers and political leaders such as, Ali Shareeti, Jalal Al-Ahmad, Khomeini and others. The institutional infrastructure of the radical policy in Iran was addressed as well as the Ideology and beliefs on the country's political culture and the implications of four major revolutions in the modern Iranian history.

Dr.Rita Faraj, the researcher on Islamic affairs, dealt with the issue of Iran and the regional influence between Khomeini and Ahmadi Najad.

Hadi Nema provided a brief presentation on the " Kargozaran” party and Rafsanjani’s position in the Iranian regime.

Because of the party’s belief on establishing relations with USA, economically the researcher finds that the main feature that distinguishes the stances of “Kargozaran “in the economy is the development. On the other hand, in the cultural context, the party calls for cultural openness.

Ahmed Al-Zoabi provides a highlight on the Iranian Revolutionary Guard through a reading on Anthony H. Cordesman’s book that addresses Iran’s revolution and ideological forces as well as the role of Khomeini in the formation of the Revolutionary Guards and his relation with the current Supreme Leader.

Al-Zoabi also discussed the ideological vision that made the Revolutionary Guard to be a different army that may not tolerate the traditional solutions for political military analysis.

Omar Al-Turabi presented the book of the Emarati’s researcher Sultan Al-Nuaaimi, “The Iranian political thought, roots, tributaries and impact”, which tries to answer important questions about, Iran’s political thought and its components as well as the role of the rational shitte political thought.

For our readers knowledge on, the way of thinking adopted by American studies centers after the new developments and circumstances in the Arab region, the extent of the impact which the Islamists from various diversities might achieve and the role that they can be play, Al-Mesbar Studies and Research Centre summarized a number of articles published in the Journal of the American counterterrorism center.

The article of “The Role of the Muslim Brotherhood in the Egyptian Revolution " came up to reflect the view of researchers and experts who influence the decision-making institutions in the USA. This influence led to impacts on different American stances toward Arab revolutions and the possibility of Islamists arrival to power in some Arab countries, especially Egypt.

Our Colleagues, Haitham Muzahim and Ahmed Al-Zoubi, contributed in accomplishing this publication as they have made the desired effort and follow-up through five months which made this work that we hope will please our readers.
Book Reviews