The Governance of the Jurist in Shi’ite Jurisprudence 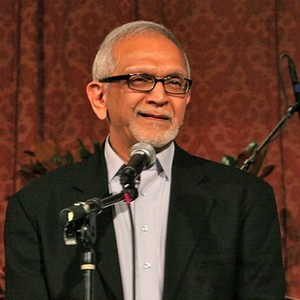 The publication of the book on the “Evolution of the Institute of the Shi’ite Jurisitic Authority” by Dr. Haytham Ahmad Mouzahem comes at a time when the question of marja’iya is under closer scrutiny for both its overdue reform and relevance for modern Shi’ite men and women.  Whereas the juristic authority of a Shi’ite mujtahid is a rationally derived necessity for the continuation of the spiritual-moral guidance sought by the community, its classical form and management has raised serious questions about its ability to provide the critical guidance in the areas of practical ethics and applied jurisprudence in the day to day needs of the Shi’ites.  Dr. Mouzahem’s study underscores the importance of this subject for average people who are searching to understand the importance attached to the office of marja’iya in the 21st century.  The following pages capture the outline of the history of the marja’iya which Dr. Mouzahem has endeavored to cover admirably in this book.  His style is straightforward and precise in giving his readers an authentic and reliable discussion of how the Twelver Shi’ite tradition has survived the vicissitudes of being a minority within the larger Umma, and the ability of its religious leadership to guide the community through different ages with a variety of challenges facing it.  The timing of the publication of this study in the aftermath of the untimely death of the great leader Sayyid Muhammad Husayn Fadlallah for many modernly educated Shi’ites all over the world is perfect.  The most original contribution of this volume is the discussion of the Lebanese Shi’ite scholarly views on the constitutional authority of the wilayat al-faqih, about which little has been written thus far.  It is an opportune time for the Lebanese readers in particular to contemplate on the significance of having able leadership in the Shi’ite communities around the world to guide people in achieving their legitimate goals in peace and harmony with other communities.
***********
INNOVATION OR CONTINUTAITON?
The idea that the Shi`ite jurist-theologian (faqih) can assume the all comprehensive authority, including the constitutional and juridical powers, that accrues to the theological Imam in a Twelver Shi`ite state pending the return of the twelfth and the last messianic leader, the Imam of the Age (sahib al-zaman), at the End of Time has appeared to many a scholar, both Muslim and Western, an innovation of a sort which deviates from the fundamental aspects of the theological-political doctrine of Imamate.  The innovation, according to these scholars, appears to be in the extension of the Imam's authority (wilaya) to a Shi`ite jurist-theologian in spite of the absence of any such provision in the theological doctrine of Imamate.  The reason for this opinion, I believe, lies in the postulate that such an authority of a Shi`ite jurist-theologian can be derived only through an explicit designation (al-nass) by a divinely ordained leader, -- the process which is acknowledged as the sole method by which the Imam's authority in Shi`ism is established.
The theory of Imamate, it is important to bear in mind, once formulated during the eighth century did not go through any revisions that could have been prompted by certain developments in the political history of Twelver Shi`ite community in the subsequent periods.  Thus, even when the temporal authority of the Shi`ite dynasties like the Buyids (10th-11th centuries) or the Safavids (16th century) were established, the theological doctrine of the Imamate of the twelve Imams remained in tact.
However, in the absence of the political authority of most of the Shi`ite Imams following the first Imam, `Ali b. Abi Talib (d.40/661), the religious and social needs of the Shi`ite community very early on gave rise to the institution of the deputyship (niyaba, wikala) of the Imams.  The proper place for the discussion of this institution was not in the realm of theology which dealt with usul al-din (fundamentals of the faith, such as the affirmation of the Unity of God, belief in the Justice of God, Prophecy, the Imamate and the Day of Judgement); rather, since delegation of the Imam's authority in the form of deputyship was necessary in the performance of a number of religious duties covered under the rubric of al-takalif al-shar`iyya (religious-moral obligations derived on the authority of the revelation), it was discussed in the works dealing with jurisprudence.
The principle of wilayat al-faqih (the Authority of the Jurist), being the logical outcome of the Imam's deputyship in the realm of religious practice, as a consequence, belongs to jurisprudence (fiqh), and not to `ilm al-kalam (dialectical theology) where usul al-din are expounded.  Although the underpinnings of the idea about the religious leadership (whether the divinely ordained prophecy and the Imamate, or the legally determined position of the juridical authority) were related to the general question of the theological doctrines of divine justice and divine purposes for human society, evidently the delegated authority of the jurist in the Shi`ite community was treated strictly in works of jurisprudence.