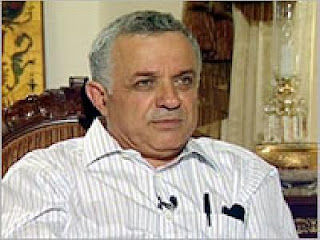 Editor's note: Professor of Islamic philosophy at the Lebanese University and director of Institute Islamic Studies in Beirut Radwan Sayyed has recently published his latest work, on the state of the Islamic world and its relationship with the West, in Arabic under the title "The Fight for Islam."

Q. What do you mean by the "fight" for Islam? Is it a fight within the Islamic world, or between Islam and the West?

The second front is between the Muslim world and the West, manifested in the US geo-strategic policies and the special concern Washington has always shown toward areas of tension in the Middle East.

However, since the events of Sept. 11, 2001, Washington has demonstrated a special interest in "producing a moderate Islam," demanding that moderate Muslims should save Islam from its "extremist hijackers." Hence, the United States has been involved in the "cultural fight for Islam."

The United States is exerting pressure to spread moderate Islam, but at the same time it is trying to control parts of the Middle East rich with natural resources.

In addition, I aimed through this work to explain the ideologies of different parties - especially within the Muslim fundamentalist discourse - and pave the way for a new moderate discourse in Islam, because it seems that there is no light at the end of the tunnel.

Q. Have Muslim extremist movements borrowed from each other, regarding principles and ideologies? Or are they allies in one way or another?


A. Certainly, the new Muslim extremists who are perpetrating atrocities in Saudi Arabia and Iraq, or those Muslim groups that paved the way for them, have borrowed from the Muslim Brotherhood Movement's world vision at a time of crisis when the members of the Brotherhood were jailed by late Egyptian President Gamal Abdel-Nasser.

The discourse of the Brotherhood was very tense at that time, whether coming from activists in jail, such as Sayyed Qutub, or those in exile, like Sheikh Youssef al-Qaradawi. At those junctures, the movement's discourse was affected by the rancor it felt toward Arab regimes; the Cold War dynamics that polarized the world into two camps; the misuse of the Brotherhood by the Saudi regime against Nasser; the exploitation of the highest authority in Sunni Islam Al-Azhar by the Egyptian regime; and the misuse of the movement by pro-US Arab regimes in their fight against international communism and socialism, and the pan-Arab national movement.

Amid all these tensions, Salafi movements related to Wahhabis borrowed from the Brotherhood; the result was a more rigid ideology that went beyond the rigidity of Qutub, especially on issues like God's governance, and the division of the world into two realms; the realm of Islam and the realm of unbelief or Al-Jahilliyah.


Q. But extremist Salafis were not well known as they are today. Why?


A. Yes, extremist Salafis used to be less well known because the Wahhabi movement's rigidity hindered them from gaining popular expansion. Hence, those Salafis, who borrowed ideas from the Brotherhood, were able to piggyback on the popularity of the Brotherhood and spread their beliefs in the echelons of this movement that started in Egypt and gained broad pan-Arab and international bases.

Later, the Salafis broke with the Wahhabi establishment in Saudi Arabia that has been allied with the Saudi royal family since the foundation of the kingdom, the way the Brotherhood broke up from Al-Azhar that was allied with the Egyptian regime.

Most probably the Wahhabi movement might have had a dichotomy of the world similar to that of the Brotherhood, but the former did not use it because there was a "division of labor" between the Wahhabis and the Saudi royal family. While the house of Saud took care of politics and economics, the Wahhabis took care of religious and social affairs.

Later, the new Wahhabis who borrowed ideas from the Brotherhood rejected this division of labor and believed that Islam has a comprehensive political, economic and social system that deals with all aspects of life, and that a division of labor is not possible.

The outcome of this fusion between these two extremist movements was violent groups like Al-Qaeda.

Q. How do you explain the alleged atrocities those extremist groups are perpetrating, such as killing foreigners and slaughtering them. Are they entitled to issue verdicts that allow such acts?


A. The Wahhabi movement conforms to the traditions of the companions of the Prophet Mohammed who guaranteed the safety of non-Muslims who lived among them; these violent acts spring from fundamentalist Islam, which is characterized by tension and chaos.

In past and modern Islamic history, nobody was entitled to issue a verdict but authorized Muslim scholars who could not carry out their fatwa. Only the Muslim ruler, the sultan, could carry out a fatwa, especially when it has to do with a matter of life and death.

The two authorities; the Sultan and the Muslim judiciary used to check each other. Mainly, the ruler used to curb the power of the Muslim scholars if they issued an extremist fatwa, and the judiciary would restrain the Sultan if he went beyond his jurisdiction. It is almost similar to the modern democratic system that governs the interplay of legislative and executive powers.

Thus, those Muslim extremists, such as Al-Qaeda's leader in Iraq Abu Musaab al-Zarqawi, who bestow on themselves both the legislative and executive powers, violate Islamic traditions, and seem to be ignorant of Islamic Sharia.

Q. What is your opinion regarding changing the educational curricula in the Arab and Muslim world?


A. All the curricula should be modernized, especially Islamic studies. The Muslim traditions should be reinterpreted and Muslims should find new ways to solve their economic problems.

Shura in Islam, which is a principle similar to democracy, should be developed.

There are enlightened scholars like Mohammed Salim al-Awwa, Tarek al-Bishri, and Mohammed Kamal Abu al-Magd in Egypt who contributed a great deal to Muslim thought in the past decade and published excellent books on Sharia and human rights in Islam.

Enlightened reforms exist in every Arab and Muslim country, but they do not amount to a popular movement, this is the problem.

However, I think that the Muslim masses, sooner or later, will be fed up with extremist movements, and those moderate reformers could gain ground for three reasons.

First, the violent acts perpetrated by these extremist movements will soon alienate the masses.

Second, the extremists have no clear political agenda that could offer an alternative solution for the faltering conditions in the Arab and Muslim world.

Third, those extremists have been meddling with Sharia and Islamic principles in a way that will confuse the ordinary Muslim and violate widely accepted Muslim doctrines accepted by the masses.

In addition, Islamic reform movements should not tie up with regimes, because they will be used for political purposes and lose their legitimacy.

Reformers should maintain their freedom to work on the development of Islamic thought without interference from the ruling elite, because these regimes do not have any coherent policies and have lost their legitimacy. Siding with the regimes will cost the reform movement the support of the masses.
Interviews