Will Washington and Tehran Meet Along Iraq’s Path? Haytham Mouzahem 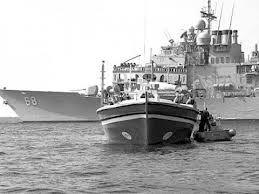 What is the real Iranian position with regard to a possible military attack against Iraq? Is there a duality in Iran’s positions--a difference between its public and actual positions?

Recent statements from high-ranking Iranian conservative and reformist officials seem to assert Tehran’s refusal to back any U.S. attack on Iraq or the changing of Iraqi President Saddam Hussein’s regime despite conflicts between both countries and Iran’s hatred for that regime. Such officials include the reformist president Mohammed Khatami, his foreign minister Kamal Kharrazi, the leader of the Islamic Revolution Ayatollah Ali Khamenei and the chairman of the Expediency Discernment Council of the System, Hashem Rafsanjani.

Well-informed Iranian sources state that Tehran’s refusal to sanction a military strike against Baghdad is for religious and political reasons. The sources indicate that the decision-making process in Iran is different from the one followed by other Arab countries. Thus, Arab media’s analyses of the Iranian stand are often erroneous and they misunderstand Iran’s position because they liken it to that of Arab regimes.

The same sources confirm that political decision-making in Iran is ruled by religious criteria first then by political pragmatism, in accordance with the Constitution of the Islamic Republic.

Article 4 of the Constitution stipulates that, “All civil, penal, financial, economic, administrative, cultural, military, political and other laws and regulations must be based on Islamic criteria.”

Article 110 says that the walih al-faqih or leader, currently Ayatollah Khamenei, assumes supreme command of the Armed Forces, declaration of war and peace and the mobilization of the Armed Forces. Consequently, from a religious standpoint cooperation with the United States would be difficult since such decision making rests in the hands of the conservative branch of the Iranian government that the U.S. administration clearly disapproves of.

Politically, Iran is categorically against ‘regime change’ through foreign military intervention even that of a foe, fearing that the U.S. could turn its eyes to Iran after Iraq. Iran is after all another spike in U.S. President George W. Bush’s infamous ‘axis of evil’ speech. Iran fears that Israel might exploit a U.S. war on Iraq to attack its nuclear reactor in the city of Bushehr. In 1981, the Israelis bombed Iraq’s Osirak nuclear reactor during the Iraqi-Iranian war.

Though both Iran and Iraq want to avert setting off America’s wrath and both have much to lose in a U.S. led military offensive. Though Iran and Iraq are both targetwed by the U.S., relations between the two countries remain strained. Fearing Iran would play a role in a strike against Iraq by supporting Iraqi opposition forces, Iraqi officials accused Iranians and Persians of always being “the allies of Zionists” and that “their interests [in Iraq] are no less than those of the U.S.”

Iraq’s concerns are not baseless. They are founded on interpretations of some Iranian “messages” addressed to the U.S. Upon direct authorization from Khamenei, Tehran allowed the Supreme Council of the Islamic Revolution in Iraq, led by Ayatollah Mohammed Bakr al-Hakim from the Iranian capital, to send a high-ranking delegation to Washington to participate in the meetings between the U.S and the Iraqi opposition on August 9th.

Sources at the Supreme Council said the council’s leadership was totally independent in its decision-making, adding that Khamenei and the Iranian leadership left al-Hakim to make his own decision as to his participation in the meetings. Al-Hakim and his party follow Khamenei’s leadership.

However, the Lebanese daily newspaper As-Safir reported that al-Hakim’s delegation to Washington also included an Iranian official from the Ministry of Security (SAVAK) and another from the Iranian Revolutionary Guards.

Iran opposes a military attack against Iraq and the replacement of Saddam’s regime with a “puppet” government manipulated by Washington. Iran also fears that chaos and instability would prevail in Iraq and the region, that a Kurdish state would be established in northern Iraq, and that Turkey might invade northern Iraq and control Mosul and Kirkuk’s oil.

However, if the Bush administration decided to attack Iraq, Iran’s political and religious reservations will not take precedence over Iran’s pragmatism and readiness to act in order to protect its strategic interests in Iraq, the Gulf and the region.

Iran will certainly not sit around nor will it remain neutral as Iranian Defense Minister Ali Shamkhani has said. It will interfere either directly through its army or by backing its allies in the Iraqi Islamic opposition, mainly the Bakr Corps (about 30,000 fighters), Kurdish militias and the Patriotic Union of Kurdistan (PUK) led by Jalal Talibani.

“Any development in our geographical surrounding influences us, and we cannot stay indifferent to what is happening, including the expected campaign on Iraq.” Kharrazi added that his country was “examining how to defend its interests.”

It is widely believed that the war in Afghanistan brought the U.S. and Iran closer after the September 11th attacks. U.S. Secretary of State Colin Powell shook hands with his Iranian counterpart during a meeting at U.N. headquarters of foreign ministers from Russia, the US, and Afghanistan’s six neighbors to discuss a post-Taliban government.

The Iraqi issue could bring both countries further closer.

However, obstacles still hinder an improvement of relations between Washington and Tehran. Israel fears Iran’s armament and nuclear program and has pushed the U.S. to attack Iran also due to Iran’s opposition to the Middle East peace process and Iran’s support for Hizballah and Palestine’s Islamic Jihad and Hamas.

Washington and Tehran’s interests may meet on Iraq and Afghanistan’s but they soon enter into conflict on the Palestinian-Israeli conflict.
Haitham Muzahem is a researcher and Middle East Affairs analyst.
Articles