September 15, 2011
Hizbullah must accept a national dialogue over its arms 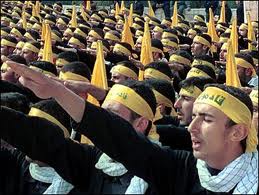 Iranian President Mahmoud Ahmadinejad traveled to Syria last month and met there with Syrian President Bashar Assad, but also Hizbullah Secretary General Hassan Nasrallah and leaders of Palestinian militant groups. The visit prompted questions as to whether Tehran and Damascus were consolidating a strategic alliance and extending it to include their allies in Lebanon and Palestine against a hostile American-Israeli axis.

Iran is collecting bargaining chips in Iraq, Lebanon and Palestine to challenge Western threats against its nuclear program, which has since been reported to the United Nations Security Council. Syria, in turn, is trying to break out of its isolation and gather cards of its own to face possible UN retaliation for its limited cooperation with the investigation into the killing of Lebanon's former Prime Minister Rafik Hariri.

According to a Palestinian source, Ahmadinejad pledged support to Palestinian groups during his meetings with their leaders in Damascus, in which the sides "discussed the issue of pressure against Syria, Iran and Lebanon, and confirmed the need to form a front that groups all the forces that opposes the Zionist-American schemes in the region."

Although Assad and Ahmadinejad stated that they backed the rights of Palestinians and Lebanese to resist occupation, the Iranians wanted, in their joint final statement, to affirm support for stability and peace in Lebanon, for the political process in Iraq, and to denounce terrorism against Iraqi civilians. Following the meeting between Ahmadinejad and the speaker of the Lebanese Parliament, Nabih Berri, the Amal movement released a statement where the two men agreed to "the necessity of preserving Lebanon's independence, sovereignty and its resistance." This was an attempt by Berri to distinguish himself from Syria.

However, Ahmadinejad's visit to Damascus and the Iranian-Syrian-Hizbullah relationship will reinforce the party's intransigence on its disarmament. Some observers believe this will erode Hizbullah's standing in Lebanon, since many Lebanese political figures, particularly the Druze leader Walid Jumblatt, have criticized the Shiite party for supporting the Syrian and Iranian regimes. Jumblatt and others believe that Lebanon could soon become a battlefield in the war over Iranian nuclear power, and they fear Hizbullah is using its missile arsenal in South Lebanon as a means of deterring Israeli threats against Iranian nuclear facilities.

It is no secret that Syria, before its withdrawal from Lebanon, had considerable influence over Hizbullah's military actions in the Shebaa Farms area and along the so-called "blue line" - the United Nations-endorsed boundary between Israel and Lebanon. Some argue that the Assad regime also seeks to intimidate Israel via Hizbullah's weapons, and could resort to the party if the U.S. attempts to change the Syrian regime by force. 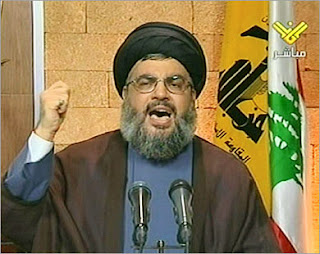 Many Lebanese do not understand the reasons for the strong alliance between the Islamist Hizbullah and the secular Syrian Baath regime. However, the continuation of the resistance in the Shebaa Farms not only aims to liberate occupied Lebanese land and release Lebanese prisoners in Israeli jails, but also to maintain the unity of the Lebanese and Syrian negotiation and conflict tracks with Israel. Furthermore, the Israeli occupation of the Shebaa Farms gives Hizbullah justification for its armed militancy, allowing it to keep its weapons and support Palestinian groups.

Nowadays, Iran and Hizbullah are both willing to protect the Assad regime, not because the Alawites are somehow regarded as fellow Shiites, as some have argued, but because they need Syria in their battle against the U.S. and Israel, due to Syria's strategic geopolitical location and its central role in the Arab-Israeli conflict, as well as in Iraq and Lebanon. At the same time, Iran and the Shiites of Lebanon and Iraq seriously worry that regime change in Syria might lead to the emergence there of a radical Sunni state that could weaken the Shiite position in Lebanon and support the Sunni insurgency in Iraq; maybe even become a sanctuary for Al-Qaeda terrorists who would seek to undermine stability in Lebanon and Iraq. That the Sunni extremist Jund al-Sham group threatened Shiite leaders in Lebanon last year was a foreshadowing of such a possibility.

Some would argue that Syria's Alawite Baath regime is already playing the role of exporting terror to Iraq and Lebanon. However, the counterargument could be that this has served political ends, and has been limited and well-controlled. The Salafist terrorism of Al-Qaeda and similar groups would be far less discerning, and based on sectarian hatred for Shiites as well as all other religions.

That said, Hizbullah needs to review its priorities and bring its objectives in line with Lebanese interests, including enhancing national unity and stability and peace in Lebanon. That means starting a dialogue over its arms with other parties, in order to reach a national consensus around its resistance goals and the purposes for its military arsenal.

Haytham Mouzahem is a Lebanese analyst specializing in Middle Eastern and Islamic affairs. He wrote this commentary for THE DAILY STAR.
Articles