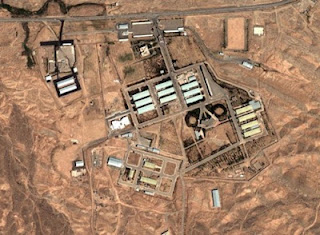 ISN SECURITY WATCH (06/01/05) - Iran has agreed to grant the UN access to a military site linked by US officials to an alleged secret nuclear weapons program, and the first UN inspectors could arrive "within days," the head of the International Atomic Energy Agency (IAEA), Mohammed ElBaradei, said on Wednesday. The IAEA has been pressing Tehran since June 2004 to allow inspectors into the military complex at Parchin (30 kilometers southeast of Tehran), where the Iranian army researches, develops, and produces ammunition, missiles, and high explosives. Tehran has strongly denied carrying out any nuclear-related work at the site. "We expect to visit Parchin within the next days or a few weeks," ElBaradei told reporters. A senior US official told Agence France Press (AFP) that Iran could be testing "high-explosive shaped charges with an inert core of depleted uranium" at Parchin as a dry run for how a bomb with fissile material would work. An IAEA report in October expressed concern about published intelligence and media reports "relating to dual use equipment and materials which have applications [...] in the nuclear military area.", in an indirect reference to Parchin. Parchin is an example of a so-called "transparency visit," where the IAEA exceeds its mandate under the nuclear Non-Proliferation Treaty (NPT) to check whether nuclear materials have been diverted away from peaceful use. As Parchin is a military installation and not an official nuclear facility, the IAEA requires IranUs permission to visit there. ElBaradei told AFP that suspicion about weapons work implied suspicion about the presence of nuclear materials. "If you do not have nuclear materials, you do not have a nuclear weapon," he said. He said Iran was so far honoring its pledge to suspend uranium enrichment, and should finish processing the raw uranium it was allowed to use by February. Iran is making a uranium powder that is a first step in the enrichment process that can yield nuclear weapons, but is not in violation of a nuclear freeze agreed with the EU. In December, Iran and the EU held negotiations over a long-term agreement to give Tehran trade, technology, and security aid and guarantees in return for confidence-building steps, such as suspending enrichment, to reassure the international community that its nuclear program is strictly peaceful. But the US wants the IAEA to take Iran to the UN Security Council for possible sanctions for what Washington says is a covert nuclear weapons program. ElBaradei says the "jury is still out" on whether Tehran's program is peaceful or not. In an interview with The Associated Press, ElBaradei suggested the time was approaching to wind down two and a half years of intense focus on Iran's activities and treat Tehran as just another IAEA member. ElBaradei has produced a series of reports on the investigations for guidance by the IAEA board on deciding what to do about Iran's nuclear activities. But he has refused US demands that he declare Tehran in breach of the NPT, which would have led to the involvement of the UN Security Council and possible sanctions against Iran. 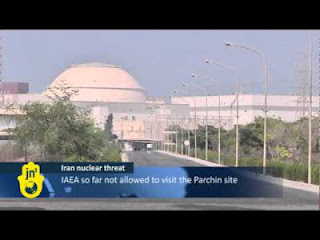 Senior US officials have accused ElBaradei of being too Rsoft on IranS, and will probably fight his re-election for a third term as IAEA head this year. ElBaradeiUs telephone was apparently bugged in an attempt to find evidence of his alleged favoritism toward Iran. He told AP that he would "continue to keep the board updated" on Iran, but might not produce a new report on Tehran's nuclear activities for the next board meeting in March, adding that he hoped to reduce the Iran file to "routine reporting" over the next six months. Iran has been the main focus of the IAEA since mid-2002, after the existence of two secret nuclear facilities Q a uranium enrichment plant at Natanz and a heavy-water production plant near Arak - was revealed. The Iranian News Agency (Irna) said on Thursday that Iranian officials would hold talks with IAEA officials in Vienna on Friday on the modalities of inspecting the Parchin complex. In related news, Israeli security sources have told The Jerusalem Post that Iran has beefed up its air defenses around various nuclear sites, and said Iran had pointed its Shehab missiles in the general direction of Israel, due to fears that the US or Israel could attempt an air strike against its nuclear facilities. An Iranian newspaper reported on Wednesday that US warplanes had flown over its nuclear facilities near the borders with Iraq and Afghanistan over the past few days. The US aircraft included F-16 and F/A-18 jets, according to a report in the Aftab newspaper. The aircraft reportedly flew at high altitude and appeared to be conducting reconnaissance over Iran's nuclear sites, while the intrusions may also have been intended to assess Iran's air-defense capabilities, according to the report. The Iranian army chief, General Muhammad Salimi, said last month that his forces had been ordered prepare to defend the country against any military strike targeting its nuclear sites. In late December, Iranian air force chief Brigadier Karim Qavami said he had ordered his forces to shoot down any unidentified aircraft violating the country's airspace.