The U.S. strategy towards Syria - By Haytham Mouzahem 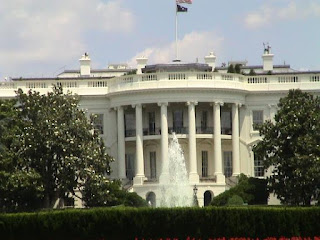 Did the United States change its approach to pressuring Syria? During my meetings with senior US officials in Washington, DC in December 2005, I noticed a change in the U.S. strategy towards Syria. In my previous visit to Washington, DC, in December 2004, US Department of State officials stated that the U.S. requested a complete Syrian withdrawal from Lebanon and refused any deal with Damascus regarding Lebanon, in addition to threatening Syria with several economic and diplomatic sanctions under the "Syria Accountability and Lebanese Sovereignty Restoration Act" of 2003, if she did not comply with the UN Resolution 1559 and if she did not meet their requests regarding Iraq, Lebanon and Palestine-Israel.

Under pressure from Congress, President George W. Bush slapped sanctions on Syria on May 11, 2004, for "supporting terrorism, continuing its occupation of Lebanon, pursuing weapons of mass destruction and missile programs, and undermining United States and international efforts with respect to the stabilization and reconstruction of Iraq" as Bush stated. The sanctions included banning U.S. exports to Syria except for food and medicine, prohibiting Syrian aircraft from flying to and from the United States, freezing certain Syrian assets and cutting off relations with a Syrian bank because of money laundering concerns.

On February 14, 2005,, former PM Rafic Hariri was killed in a massive car bombing in Beirut on February 14, 2005. The Lebanese opposition accused Syria of murdering Hariri because the blast came at a time of rising tension between Syria and Hariri over the extension of president Emile Lahoud mandate in September 2004. Due to International pressure mainly from the U.S. and France, Syria withdrew from Lebanon in April 2005 in terms of implementing the Resolution 1559.

Today, senior U.S. officials cautiously speak about Washington's potential procedures for reprimanding Syria, without discussing details of the American unilateral steps or sanctions. They speak about the importance of keeping with the UN Security Council procedures regarding Damascus' compliance with the UNSC Resolutions 1559, 1636 and 1644. American officials are not ruling out any options in approaching the Syrian regime, including the military option, but they insist that Syria's problem lies not with the U.S. but with the UN Security Council and the international community due to Syria’s policies towards its neighbors Lebanon, Iraq, Israel and the Palestinian Authority.

It is very obvious that the American impasse in Iraq has affected the United States’ approach towards Syria and Iran. The Bush administration prefers now to cooperate with the other members of the Security Council, especially the European Union, in order to reach a consensus in the UNSC Resolutions against Syria, such as 1636 and 1644, while they carefully avoid to report Iran's nuclear crisis to the Security Council in order to give the European Three (France, Britain and Germany) and Russia time to convince Tehran to extinguish its Uranium enrichment program and comply with the IAAE terms.

This U.S. strategy may seem as a backwards and flexible strategy towards Syria, and Damascus could think it is no longer threatened by the U.S. that only seeks to change the Syrian behavior not the Syrian regime, because there is no Syrian alternative to that regime, except the chaos or the Muslim Brotherhood and Al-qaeda, that means another Iraqi scenario that scares many Western and Arab governments, as well as the U.S. and Israel.

But the American plan seeks to isolate the Syrian regime at the international and Arab societies as it intensifies the pressure on Syria, in order to impose international economic and diplomatic sanctions and pave the path to regime change. United States officials believe that their strategy successfully forced Syria to withdraw from Lebanon according to the Resolution 1559, then to cooperate with the UN investigation in the assassination of Hariri according to the Resolution 1636. Hence, Washington bets on a gradual Syrian change in policies towards her neighbors, thanks to the U.S. and international pressure and isolation of Syria. However Damascus may be playing a waiting game by absorbing the US/ international pressure until a future time when things would change for her behalf.

Haytham Mouzahem (hmzahem@yahoo.com) is a Lebanese analyst and researcher who specializes in Middle Eastern and Islamic affairs.
Articles