February 26, 2014
By Dr. Haytham Mouzahem
Iraq’s controversial Shi’a cleric Muqtada al-Sadr decided on Saturday to quit politics, distancing himself from the Al-Ahrar bloc that represents his movement in the Parliament and in government.
“I will not interfere in politics,” al-Sadr announced. “There is no political entity that represents me anymore, nor any position in parliament and government. Whoever acts against this will be subjected to legal and religious action,” he added.
Sadr announced the closure of his movement’s offices in order to “preserve the reputation of al-Sadr (family)… and to put an end to all the wrongdoings that were conducted, or could be conducted, under their title.”
The al-Sadrs are a prominent religious family that gave Iraq many Grand Ayatollahs, known as Marja’a, which are a religious authority the Shi’a follow in their religious life. One of those Grand Ayatollahs was Muhammad Sadeq al-Sadr, Muqtada’s father, who was killed by the Iraqi regime in 1999. The other prominent Ayatollah and thinker was Muhammad Baker al-Sadr who founded the al-Daawa party and was executed by Saddam Hussein’s regime in 1980.
Al-Sadr said, in a statement issued by his office, that the closure of all offices aims “to end the suffering of all the people” from politics and politicians. However, he kept 19 foundations open under his direct management, including al-Adwaa television, a radio station, a magazine, and some social offices and religious schools. 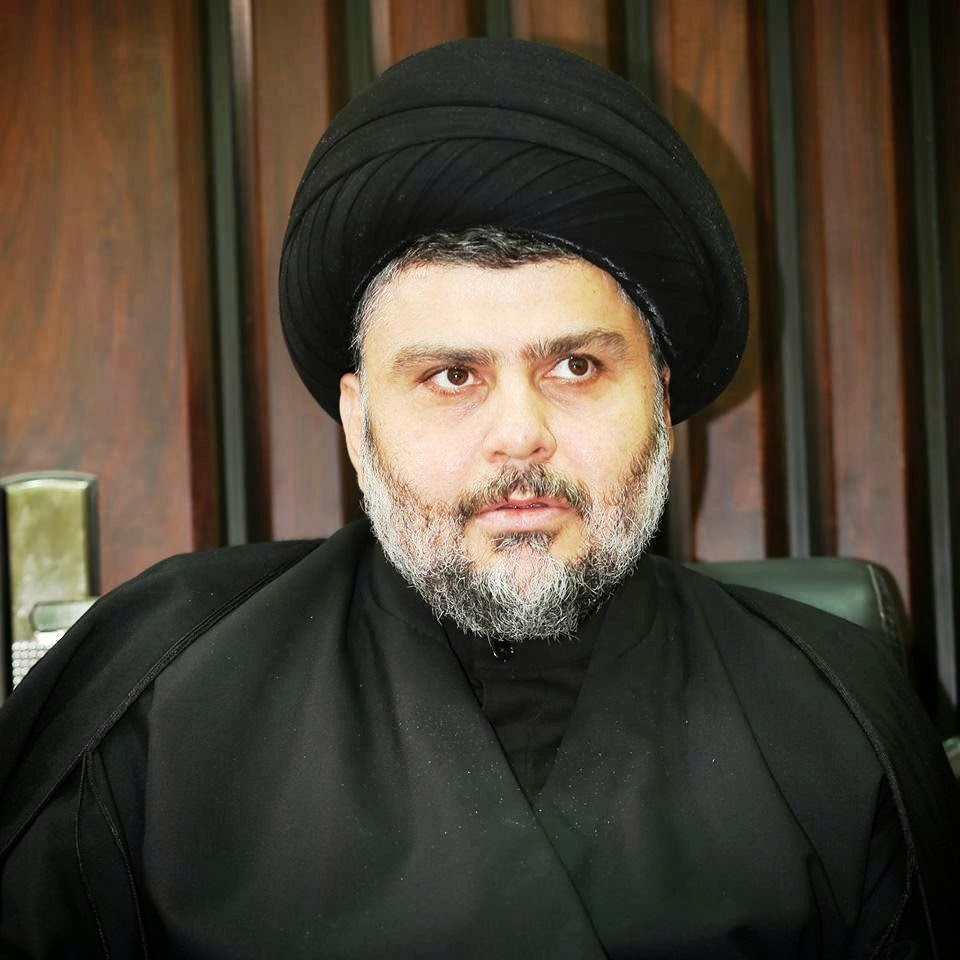 An Iraqi source who spoke on condition of anonymity because he is not authorized to speak to the media explained to The Atlantic Post al-Sadr’s reasons behind the decision. He said that al-Sadr was angry about the al-Ahrar bloc vote for approving the pension law at the parliament in contrast to his position that opposes this law. The source said that the bloc president Baha al-Aaraji does not obey al-Sadr’s orders, indicating that some members of the bloc are accused of corruption.
Moreover, 11 deputies from the Al-Ahrar bloc withdrew from the Parliament on Sunday to meet al-Sadr’s orders and his decision to quit politics. But the bloc announced on Tuesday that they will not resign following Moqtada Sadr’s speech that called upon his supporters to take part in Iraq’s upcoming governmental elections.
Sadrists hold 40 out of 325 seats in the legislature, as the largest single Shi’a bloc, and hold six cabinet seats.
Member of Parliament Maha Douri said that the withdrawal of those deputies is certainly in obedience of their leader’s orders of their leader. Soldiers serving under al-Sadr’s umbrella will remain.
Other MPs warned that al-Sadr’s decision to withdraw from Parliament and the cabinet will have a negative impact on politics in the country.
Some observers warned that these decisions will affect the Sadrist current among its supporters, because they have lost the legitimacy of representation without warning and opened the door to other parliamentary blocs to exploit the situation for their advantage.
A source close to the Sadrist movement told The Atlantic Post that al-Sadr’s decision is a response to the individual decisions taken by Baha al-Aaraji and other Sadrist leaders without consulting Sadr. The source, who only agreed to speak anonymously, said al-Sadr’s withdrawal from the political scene will strengthen him in the next election and weaken Prime Minister Nouri al-Maliki.
Another Iraqi source expected that the some al-Ahrar bloc members could join al-Maliki’s coalition – the Asa’ib Ahl al-Haq party (“the Law’s State) led by Sheikh Qais al-Khazali who split from Muqtada Sadr’s Mahdi Army after the Shi’a uprising in 2004.
Khazali, who is very close to Iran and Hezbollah, leads a militia and supports al-Maliki.
A Shi’a cleric in Najaf, who spoke on condition of anonymity because he is not authorized to speak to the media, told The Atlantic Post that the masses stand with al-Sadr because of the religious authority (Marja’eya) of the late leader Mohammed al-Sadr. That puts Moqtada in a strong position as political-religious authority and among the 19 religious and social institutions he manages.
The cleric added that because al-Sadr kept social, religious and media foundations under his control, his decision is a political tactic to attract the masses and weaken the influence of his adversaries two months before national parliamentary elections.
This is not the first time Al-Sadr announced he would quit politics. He did so a year ago but suddenly returned to his position.
The cleric expects that Al-Maliki will not get the largest parliamentary bloc in the next election, since the provincial elections a year ago showed progress from al-Muaten bloc of the Islamic Supreme Council led by Ammar al- Hakim, while Maliki lost many seats despite his alliance with the Badr Organization and al-Fadila Party.
During a speech on Tuesday, al-Sadr described Prime Minister al-Maliki as a “tyrant, dictator and a dominating figure” who heads a “corrupt” government and suppresses his opponents. He also described the current government as corrupt, with members seeking political and financial gains from their posts.
Al-Sadr blamed the government for “silencing, deporting and arresting” those who oppose it and accused it of labeling any opposition as “terrorists,” whether they were Sunnis, Shia’s or Kurds.
Al-Sadr has repeatedly criticized Iraq Prime Minister al-Maliki and his policy towards the protests of Sunnis in Anbar, western Iraq, rejecting the military option and calling on al-Maliki to meet the demands of the protesters.
Al-Sadr came to prominence in the 2003 U.S.-led invasion that toppled the Iraqi president Saddam Hussein. He established his Mahdi Army militia that fought U.S. forces, but he dissolved it in 2008 following clashes with the Iraqi military in Najaf and Karbala.
This is not the first time Al-Sadr announced he would quit politics. He did so a year ago but suddenly returned to his position. His decision appears to be a political tactic to rebuild his movement, clean it from corruption and disobedience and gather his supporters, as well as put his adversaries, especially al-Maliki, in a confused and difficult situation on the eve of national parliamentary elections in Iraq.
Dr. Haytham Mouzahem is The Atlantic Post’s Middle East Analyst, based in Beirut, Lebanon.
Posted on February 18, 2014