February 26, 2014
By Dr. Haytham Mouzahem
Saudi Arabia King Abdullah Bin Abdelaziz decreed on February 3 that citizens who fight in conflicts outside the Kingdom or belong to extremist religious or ideological groups must be punished.
The royal decree has provoked questions about the reasoning behind the decision and whether the king is trying to send a firm message just to the Saudi people or also to other countries.
The order targets Islamic and jihadist organizations such as al Qaeda and its branches, the Muslim Brotherhood and as other groups, including Sunni and Shi’a opposition groups calling for reform.
The royal decree enacts a punishment of three to 20 years in prison for anyone who participates in conflicts outside of the kingdom, belongs to any extremist religious or terrorist organizations – domestically, regionally or internationally. Perpetrators serving in the military will receive increased prison sentences of five to 30 years.
Observers say the royal order is mainly aimed at banning activities of extremist jihadist organizations by Saudi citizens, sheikhs and preachers who adopt the ideology of these organizations, encouraging them under the title of jihad.
The Kingdom of Saudi Arabia appears to be taking proactive measures against such groups. The decree aims to stem the flow of Saudi fighters going to Syria, which is believed to have drawn thousands of young Saudis. The government is worried that Saudi jihadists who decide to return home might plan violent activities inside Saudi Arabia. 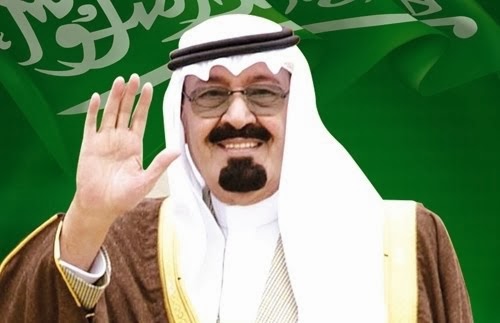 Saudi daily Al-Watan said that the king’s order was intended “to confront death makers, partiality and discrimination.”The daily said the royal decree would “punish those involved in fighting outside Saudi Arabia in response to the danger surrounding the Saudi Arabia radical groups and inactive cells.”
The Kingdom is worried about escalating influence of Muslim Brotherhood associations connected with Arab Spring revolutions, along with the increase in terrorist activities led by al Qaeda in Iraq, Syria, Lebanon and Egypt’s Sinai desert.
Moreover, the dominance of the Islamic State in Iraq and the Levant (ISIL) has been on the rise recently. This matter caused fears of the possibilities of this dominance to be extended to the internal field of the Gulf Cooperation Council (GCC), where radical and wealthy Gulf  State residents are key financial supporters of those organizations.
Western diplomatic sources estimate the number of Saudi citizens fighting in Syria at 4,000, while Al-Watan puts the number at a more modest 1,400.
French newspaper Le Figaro recently reported that 250 Saudi jihadists killed in Syria are among those who fought in the ranks of armed opposition groups, especially those associated with al Qaeda, including ISIL and Jabhat al-Nusra.
The French report said that while Saudi authorities emphasized warnings to its citizens against joining Syrian armed groups, the task is difficult because jihadi groups are being funded in part by the kingdom.
The report questioned the role played by intelligence chief Prince Bandar bin Sultan and asked if the issuance of the royal decree coincided with Prince Bandar’s stay in a U.S. hospital a month ago after failing to topple Syrian President Bashar al-Assad. Le Figaro suggested that the royal decision may be the first indication of an effort to shift Bandar from decision-making circles.
Hezbollah has accused Bandar of directing a number of terrorist bombings in Lebanon, including the double suicide bombings that targeted the Iranian Embassy in Beirut on November 19.
Moreover, Iraq and Syria have repeatedly accused Riyadh of providing financial support to armed and terrorist groups who are fighting their armies and committing terrorist attacks against civilians.
Some analysts believe the new decree is part of a desperate attempt by Saudi Arabia to face serious internal and regional challenges brought on by Arab Spring uprisings in Tunisia, Egypt, Libya, Yemen, Bahrain and Syria, in addition to sectarian tensions and terrorist bombings in Iraq and Lebanon.
On the domestic level, the Saudi government seems determined to punish not only extremists but also “moderate” Islamists for fear the possible effects of opposition movements and protests calling for democratic reforms.
Riyadh has been criticized by Saudi citizens sympathetic with the Muslim Brotherhood for its support of the military Egyptian coup d’état against Muslim Brotherhood President Mohammad Morsi, as well as for the kingdom’s continuous support of the Egyptian Army ruling.
On the international level, the royal decree comes amid criticism of Saudi Arabia’s ongoing support of rebel groups in Syria and reports on Saudi citizens participating in fighting alongside the extremist groups .In an attempt to change this perception, the Kingdom is evidently sending a message to the West saying that it is seriously fighting terrorism, especially after its use of jihadists as a tool for its foreign policies in Syria, Iraq and Lebanon failed. Saudi Arabia failed to control its extremist fighters and monitor the potential for those fighters to carry out terrorist acts against the Saudi regime once they decided to return home.
The regime aims to prove that Saudi citizens fighting abroad are neither connected with the Saudi regime nor under its control.
Saudi Arabia is trying to reassure the U.S. that it doesn’t support jihadists in Syria, Iraq, Lebanon and Yemen. In return, Saudi Arabia hopes the U.S. will reassure its openness towards Iran during President Obama’s March visit with the king. The visit is expected to focus on strategic U.S.-Saudi bilateral relations, bilateral cooperation, and the progress of mutual interest relating to security in the Persian Gulf and the region, and fighting extremism.
Riyadh would prefer to avoid a repeat of its embarrassment of Saudi involvement in the September 11, 2001 attack on the World Trade Center and Pentagon.
Consequently, Saudi society has borne the effects of the jihadist trend while the government and its Wahhabi religious institution have been encouraging Saudis to support their “Sunni brothers” in Syria. Some Saudi newspapers have put the blame on some independent and prominent Salafist clerics for encouraging jihad in Syria.
Fouad Ibrahim, a Saudi regime opponent, said royal orders in Saudi Arabia are typically issued only to relieve an emir of his duties, appoint another emir to a position, or resolve sovereign issues requiring orders from the highest authority in the state.
However, the subject of the February 3 decree clearly surpasses the authority of the cabinet and required what the king called a “written pledge” from himself.
Ibrahim revealed that in December, U.S. officials presented the Saudis with a huge dossier proving the kingdom’s involvement in terrorist activities in Iraq, Syria, Lebanon, Yemen, and even Russia. He believes the royal order resulted from U.S. pressures on Riyadh, including the threat of canceling Obama’s expected visit to the country.
Ibrahim said irrefutable evidence proves Saudi Arabia’s involvement in sending thousands of jihadists to Syria. He asked, “How could we explain the participation of hundreds of Saudi soldiers in the Syrian war, despite the fact that the military members are prohibited from traveling abroad, without special orders of the military leadership?”
Haytham Mouzahem is The Atlantic Post’s Middle East Analyst, based in Beirut, Lebanon.
Posted on February 13, 2014
Articles