Religious pluralism in Islam should be embraced

February 26, 2014
Dr. Haytham Mouzahem
A love of God links many religions and sects. As Imam Mohamed Al-Baqir asked, “Is religion anything but love?”
Except that the de facto Arab and Muslim reality today is missing the “love” that is the core of the relationship between God and mankind and between one human being and another.
Instead we see hatred and hostility in the name of religion and in the path to Allah (God). The sectarian and religious conflicts ruling the Islamic world today are not a unique or new phenomenon, nor in the political and authoritarian dimensions when religion was used to mobilize support for rulers or regimes.
The Christian west also witnessed conflicts and sectarian divisions between Catholics and Orthodox believers and between Catholics and Protestants. Such conflicts spawned brutal battles in the 16th and 17th century in Europe, leaving millions dead. In Germany alone, during the 30 Years War (1618-1648) between Protestants and Catholics, more than six million people died, decreasing Germany’s population from 20 million to 13.5 million. The war did not stop until the Westphalia peace agreement of 1648 that allowed Protestants the right to practice their beliefs and rituals.
Seventeenth-century English philosopher John Locke suggested a detailed theory on the principle of tolerance. Locke proposed a division between church and the state, which was the cornerstone of the principles of the constitutional democracy. The 1689 British law of tolerance was the product of mental and political efforts in the field of tolerance.
The French revolution in 1789 helped spread secular thought and the approach to parting between church and state that occurred in 19th-century Europe. The spread of secularism in the west contributed to strengthening principles of a civil state and concepts of citizenship, law, human rights and basic rights, among which is the freedom of practicing religion, belief and worship.
Despite the religious freedoms guaranteed in the American constitution in 1788, Catholics and Jews did not actually enjoy these freedoms in America until the 20th century.
Eventually, the west succeeded in overcoming its religious problems and bloody clashes, through secularism, liberalism and democracy, especially regarding freedom of thought, politics, religious tolerance, diversity, utilizing peaceful and democratic means to end political clashes and settling disagreements within the boundaries of society and state.
Perhaps among the most prominent reasons behind religious and sectarian clashes in the Arab world today is the belief in exclusiveness of the “right-to” and the absolute truth, and the reluctance to accept diversity and respect religious pluralism. Interpretation of religious texts deepens this exclusiveness and denies the possibility that other religions and sects may also hold the truth. 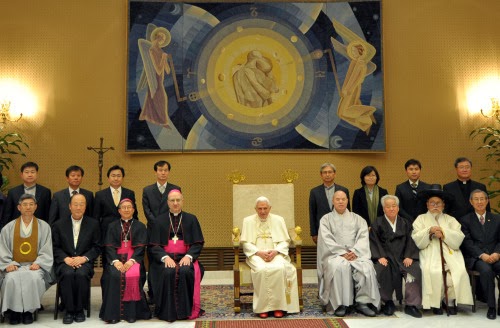 Most religious figures and followers of Islamic and other religious sects claim exclusive truth on their side and describe others as infidels and devils. Some Muslims refer to the 85th verse of the chapter of Al Imran in the Qur’an - ”And whoever desires other than Islam as religion – never will it be accepted from him, and he, in the Hereafter, will be among the losers” – to assure this exclusiveness of truth on their side and deny any possibility that other heavenly religions could possess the truth.
This idea apparently contradicts verses that speak of pluralism of belief, such as the 62nd verse of Qur’an chapter Al-Baqarah: “Indeed, those who believed and those who were Jews or Christians or Sabeans [before Prophet Muhammad] – those [among them] who believed in Allah and the Last Day and did righteousness – will have their reward with their Lord, and no fear will there be concerning them, nor will they grieve.”
The 69th verse of Qur’an chapter Al- Ma’idah also speaks of religious pluralism: “Indeed, those who have believed [in Prophet Muhammad] and those [before Him] who were Jews or Sabeans or Christians – those [among them] who believed in Allah and the Last Day and did righteousness – no fear will there be concerning them, nor will they grieve.”
Or, the 17th verse of chapter Al-Haj: “Indeed, those who have believed and those who were Jews and the Sabeans and the Christians and the Magians and those who associated with Allah – Allah will judge between them on the Day of Resurrection. Indeed Allah is, over all things, Witness.”
The apparent meaning of the 85th verse of Qur’an chapter Al Imran is the exclusiveness of the religion of Islam as that of salvation in the afterlife; however, the interpretation of the reason behind its revelation does not meet the apparent meaning that one could deduce out of shallow reading.
Some interpreters have said this verse was revealed in reference to 12 hypocrites who pretended they were Muslims then recoiled and left Medina for Mecca. Therefore, the view goes, the verse was revealed to tell those hypocrites that anyone who – like them – chooses another path rather than Islam will be of the losers (in the afterlife).
The other verses describe the believers in Allah and the Day of Judgment, among the other religions, who will enjoy grace in the afterlife if they perform good deeds in their present life. These verses apparently suggest the presence of religious pluralism in the Qur’an.
However, some interpreters believe those verses speak of the believers who lived before Prophet Mohammed’s call for Islam, and not about those who lived during and after his mission. These interpreters stress the exclusiveness of Islam as the only way to salvation and to God’s mercy on the Day of Judgment.
Regarding the matter within Islam, the exclusiveness of truth and salvation is held to following a certain sect and not any other. Each sect claims it is the one sect that will bring salvation, referring to a saying attributed to Prophet Mohammed: “The people of my Umma will part into 73 sects, only one will enter Paradise, and 72 will enter Hell.”
Some Muslims accepted this saying as true despite its lack of credibility. The saying appears in many different and contradictory versions. Imam Mohamed bin Ali Al-Shukani (died 1835) rejected this saying as told by the Prophet. Researcher Abdullah As-Suraihi wrote a study titled “The parting of theUmma,” explaining this saying was invented and designated unrightfully to the Prophet.
We, as Muslims and Arabs, need a pluralist religious theory that tolerates diversity and belief pluralism and does not describe as infidels those who differ in religion or sect. This could happen through reinterpreting the Qur’anic and Sunnah texts, especially those that speak of pluralism and religious tolerance.
We could also achieve pluralism among all Muslims by agreeing that a Muslim is anyone who states that “there is no (true) god but Allah (God) and that Mohammed is the messenger of Allah (God).” Let God decide who is graceful and who is not on the Day of Judgment.
Haytham Mouzahem is The Atlantic Post’s Middle East Analyst and is based in Beirut, Lebanon.
Posted on February 22, 2014